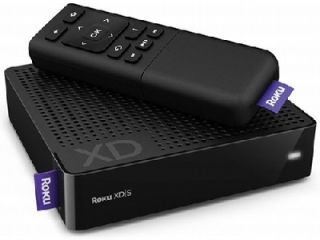 Roku’s line of set-top boxes was one of the first of its kind to launch in 2008. At that time, the company launched a player that did one thing and did it well: it brought Netflix streaming to your HDTV in an attractive interface and a small package.

Since then, Roku has made a variety of set-top boxes that are small and lightweight and that bring the Internet to your television in an easy-to-use and simple setup package. Roku’s most recent offering is the Roku XDS, the high-end version of Roku’s latest lineup of streaming media boxes. The $99.99 Roku XDS was unveiled almost immediately after the launch of the new Apple TV, and it costs the same, too.

The XDS is clearly a shot across Apple's as well as Google’s bow, following the launch of the Logitech Revue with Google TV. Industry watchers also have their eyes on the Boxee Box, which should be available in a few months. Roku wants consumers to know that it won’t take the launch of new set-top boxes lying down. But is the Roku XDS feature-rich and strong enough so that Apple, Google, and Boxee should be worried?  To see if the Roku XDS is up to the challenge, we took a look at its feature list, examined how easy it is to set up and use, and perhaps most importantly, tested how it performed when streaming high-definition video.

Next Page Setup and Configuration