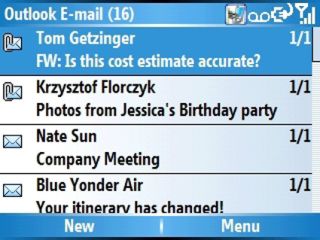 In an attempt to generate more traffic and enlarge its userbase, Yahoo! has announced that it will launch a new domain and relaunch an old one from back in the late nineties.

In 1997, Yahoo! bought Four11 and with it, one of the first major free webmail services, Rocketmail. When the acquisition was all done and dusted, Yahoo! decided that existing Rocketmail users would be allowed to keep their @rocketmail.com addresses, but from then on, anyone registering with Yahoo! Mail would use the @yahoo.com domain.

Yahoo has said that as of this afternoon, it will relaunch Rocketmail.com and at the same time, launch a new domain, ymail.com. If users find an address they prefer (for example if their own name wasn’t available with the @yahoo.com domain) they can have all their contacts and mail migrated over to either of the new domains. It will also launch localised versions of the same domains for different countries such as .co.uk for the United Kingdom.

Yahoo! has already reserved some of the more desirable domain names which it will auction off one the two domains launch and the proceeds will be distributed among a number of charitable organisations including The Breast Cancer Research Foundation and The World Wildlife Fund (WWF).

While the launch of the two new domains is going to mean a lot of run of the mill names will be freed up, expect to see the likes of noreply@rocketmail.com snapped up straight away.