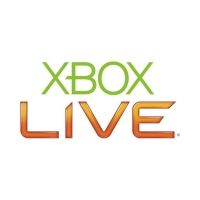 Depending on who you ask, both Xbox Live and the PSN have their devout fans, so it's near impossible to say for sure which one is "better." But what about most popular?

Both Microsoft and Sony have released the usage numbers for their respective online networks. Microsoft announced that Xbox Live Gold memberships have topped 23 million subscribers, making it "the biggest social network connected to the TV." Additionally, Microsoft said that 2.3 million subscribers were logged in at one point during the month of January, a record for the service.

However, Sony quickly posted its own numbers, contesting Microsoft's claim to have "the biggest social network connected to a TV." Jack Tretton, President & CEO of PlayStation, writes that the PSN has more than 40 million users worldwide.

Considering the numbers above, it's safe to say the PSN has more subscribers, but a factor that must be taken into account is that the PSN is free to use while an Xbox Live account requires the user to pay a monthly subscription. Most people have no problem signing up for a free service, because even if they never use it, it doesn't cost them anything just to have an account. On the other side, subscription-based services are less attractive and so, only the absolutely dedicated will pony up the cash.

One way to gauge which is truly seeing more use would be to compare the highest number of users signed into each service at its busiest period. Unfortunately, though Microsoft has said its record is 2.3 million, Sony hasn't provided that information. We've contacted the company and asked, so we'll update when we heard back.

In the mean time, which do you think offers a better service?