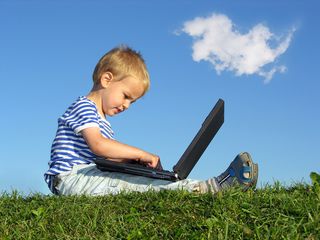 Of course, the mention of "free internet" brings broadband and cell phone companies into full red alert, photon torpedoes locked and loaded. "Free" is an ugly, naughty word, and means no business for either industry even if a feasible business model could be devised. Many question if investors would actually be willing to set up the infrastructure during a time of financial woes. Other free speech advocates are worried that pornography and other naughty goodness will be blocked due to the open-public access restrictions. T-Mobile is even worried that the proposal will interfere with spectrum it just shelled out $4.2 billion for.

"Everybody likes the concept — free broadband, free access to the Internet — but in practice, the way the model is set up, it may present problems," Ben Scott, policy director of advocacy group Free Press told Reuters.

But FCC Chairman and Republican Kevin Martin is determined to bring his proposal to the commission’s meeting on December 18, wanting the FCC to auction public airwaves and mandate the winning bidder to fork over some of that space for the nationwide, free broadband access. The idea is to offer midlevel DSL speeds for free after consumers purchase a wireless router, and to charge users a fee for upgrading to a faster service. M2Z Networks president John Mulata also offered the same proposal, and plans to bid for the public space if the FCC approves of the auction plan in a few weeks. His business model would use advertising to help fund the free internet service.

Yet despite the complaints from Free Speech advocates and the cell phone industry, Martin’s biggest hurdle will be to convince the commission’s two democrats to agree with his proposal. This may become impossible to achieve with Democratic President-elect Barack Obama taking office next month, giving the democrats more authority in the 5-member FCC group.

Ironically, analysts predict that the two other Republican members will more than likely turn down the proposal. The group has clashed numerous times in the past, but eventually came together to urge Obama to sink more funds into high-speed broadband in his stimulus package. Currently North America ranks low on the totem pole when compared to other industrialized nations offering affordable and easily accessed high-speed Internet.

Last month the FCC approved unanimously with a 5 to 0 vote in opening up the unlicensed frequencies known as "white spaces." Protesters immediately kicked in, claiming that commercial use of the spectrum would interfere with television signals and wireless microphones. But the FCC dismissed the pleas, claiming that the group was satisfied with the testing previously conducted.

The big question is not how consumers will actually access the free internet, but how it will impact companies such as Verizon, Time Warner and even AT&T. It’s highly likely that more companies will come out and protest before the FCC meeting on December 18. But if the FCC actually passes the proposal, retail markets will be able to reach a whole new world of consumers who would not otherwise have been able to afford Internet access.