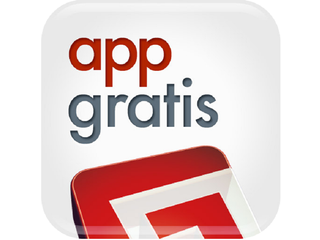 AppGratis, a popular app database which indexes and promotes paid apps by offering free ones everyday, was pulled from the App Store by Apple recently. Apple has explained that the app did not comply with its store policy and was, therefore, removed. This happened just a week after the iPad version was approved for release.

The app is allegedly in violation of the following two clauses of the App Store Review Guideline: "2.25 Apps that display Apps other than your own for purchase or promotion in a manner similar to or confusing with the App Store will be rejected." and "5.6 Apps cannot use Push Notifications to send advertising, promotions, or direct marketing of any kind."

Apple has stated that the removal of the app from their database is in accordance with standard procedure in cases of guideline violations, and has declined to comment further on the case. However, AllThingsD claims that Apple is rather worried that the app was working on a business model that was more focused on developers than users, which would be reinforced by the fact that Apple has always had high standards for customer quality and satisfaction, at least when it comes to its apps.

There have been many previous apps which recommended other apps through an index and matching system, although the key difference was that in this circumstance, the recommendations were paid, which is what Apple had the problem with. This occurrence, in conjunction with the scrapping of AppShopper in December, points to Apple tightening the screws when it comes to these types of apps, meaning other app makers may be next in line.