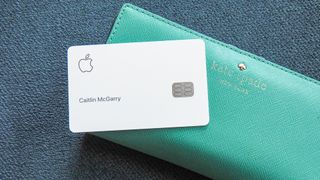 Apple launched its very own credit card in 2019 as part of a push to bolster its growing services business. And it really wants people to sign up for and use their Apple Card — so much so that it's boosting the amount of cash back on Apple Store purchases made during the holidays.

That 6% cash back can add up quickly if there are a lot of Apple products on your holiday shopping list. Pick up a $699 iPhone 11, for example, and your Apple Card gets you $41.94 back — not exactly chump change. In fact, that's nearly enough to pay for Apple Arcade for a year ($49.99)

With this discount you can also get 6% cash back on the Apple Watch 3 or Apple Watch 5, the iPad, the shiny new MacBook Pro 16-inch, the red-hot AirPods Pro and any other Apple gadget.

Apple's cash back program is nice, but as we found in our Apple Card review, it's not reason enough to get Apple's credit card since other cards offer more generous rewards. Rather, the argument in favor of the Apple Card is one of both convenience — it's very simple to apply through the Wallet app on your iPhone, and you can use that app to manage your spending — and security. Shoppers who prefer better perks, like travel rewards, may find other credit cards more to their liking.

It's understandable why Apple is doubling the amount of cash back for Apple Card purchases. Services have become an important part of Apple's business, especially with iPhone sales slowing down. One way Apple can meet its goal of bolstering services revenue is to bring more people into the Apple Card fold. A promotion that boosts cash back is one way of doing that.

Be aware that there's limits to Apple's cash back generosity. That 6% return only lasts through Dec. 31, at which time your Apple Store purchases via the Apple Card go back to earning you 3% cash back. (Apple subscription services like Apple Arcade or AppleCare+ monthly payments aren't eligible, according to Apple's fine print.)

Cash back isn't Apple's only Apple Card bonus. Buy your next iPhone using Apple's credit card, and you can pay it off interest free using Apple Card installments.

Apple says that orders placed online by 3 p.m. local time on Dec. 23 can still be ready by Dec. 24, either as delivery or for pick-up at a nearby Apple Store.