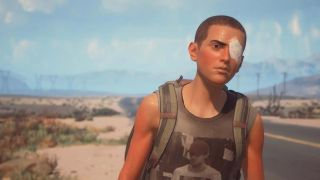 Gamers love Life Is Strange. They don't just politely acknowledge it — they adore it. At Square Enix's E3 news conference, I heard people cheer just as loudly for Life Is Strange as they did for Final Fantasy. Reviewers generally praise each new episode, while the internet runneth over with fanfiction, fanart and endless discussions about the game's themes, characters and gameplay. Something about the games really grips people.

And it's not the combat, because there isn't any.

While I'm not a diehard Life Is Strange fan myself, one thing I find fascinating about the series is that it manages to create gripping gameplay without using combat as a central mechanic. Just about every hit game — no matter how silly, serious or heartfelt — generally falls back on fighting. But Life Is Strange managed to connect with a big audience in way that nonviolent adventure games often struggle to do. At PAX West 2019, I got to sit down with Michel Koch, the franchise's creative director, and find out why.

Longtime fans of Dontnod, Life Is Strange's developer, may recall that the studio's first game, Remember Me, was quite different than the studio's more recent output.

"When we worked on the first Life Is Strange, we had no idea if it would resonate or not with players," Koch said. "We had finished our first game, Remember Me, which was an action game."

Although Remember Me had an ambitious story, critics noted that the combat felt a little rote, and ultimately wrote pretty mixed reviews for the game. (Our own review on TechNewsDaily, a predecessor to Tom's Guide, has been lost to the vicissitude of internet caching, but we gave the game a middling score for similar reasons.) Koch and the Dontnod team realized that they wanted their next game to have the same focus on storytelling and characters, but without the furious pacing of an combat-centric game.

"We thought, 'Let's go for a heavy story-based adventure game — take our time and tell a story and talk about the characters. We ended up with a story about Max and Chloe and time travel and coming-of-age. This idea that at a point in your life, you have to accept your choices and go forward."

To create a game that rivets players without combat, then, the first step is to craft an engaging story and a memorable cast of characters. To do so, Koch and his team decided to deal with real-world issues, such as LGBT representation and racism, head on.

The strategy worked. People who had never seen themselves represented in a video game before finally found relatable characters in the Life Is Strange cast.

"We tried to create characters that felt real, and that were a reflection of our real life with social issues," Koch said. "Looking at the players' reception — the letters we received for the first game and the second game — it's something that really works well. They identify themselves in some of the minorities, or some of the issues we are talking about in the game. This often tells us that they don't see themselves much in other games … We give a voice to characters that are not given a voice often in video games."

Good characters and a good story are important, but a game that isn't fun to play won't attract many fans in the long run. I asked Koch how Life Is Strange, and games in general, can keep players glued to their screens without the visceral satisfaction of combat.

"I play a lot of video games, some violent ones, but some nonviolent," he replied. "I really think that players can be engaged by other things than just violence. They can be engaged by a good story, by character development. For myself, at least, by intricate dialogue, interactive dialogue, dialogue choice, if it's well-designed and the characters are responding correctly.

"It's not for everybody, for sure, and I really understand. Action games with twitchy gameplay where you need to be good with the console is engaging, but it's not the only way … In our kind of game, I think it's really about engaging the player into living the story."

While there's no one answer for how to "replace" combat, Koch seemed to settle on the concept of "player agency." As long as the player feels like he or she has a tangible role in shaping the story, that can be just as engrossing as mowing down hordes of foes.

"There's always this question of how much player agency we give to the player in the story. There is no perfect answer," Koch admitted. "As long as the player has a feeling that it is somehow his story, or at least that he has an impact on the story of the characters we are showing him, it's a good way to engage the players who are interested by storytelling games."

Along the same lines, I asked Koch what kind of noncombat game he'd like to make if he weren't working on Life Is Strange.

"I'd love to play or to work on a horror-story game that would be like Until Dawn or Silent Hill: Shattered Memories," he said. "There have not been many heavily story-based games that have horror themes, that frighten the players, without big actions scenes."

He also said that he'd love to see a truly funny storytelling game, although he might not be the right person to work on it.

"There are endless possibilities that we haven't explored yet," he continued. "If you look at movies, there are so many different sorts of settings and stories … We are still not doing that to the full extent in games."

In each Life Is Strange game, a character gains an unusual superpower. In the first game, Max had the ability to rewind time; in the second, Daniel can control objects with his mind. Koch explained that the powers aren't just there for gameplay purposes; they also say something about the characters that wield them.

"I think we chose telekinesis to serve the story," Koch said. "For the first game, it was the same idea. The rewind was linked to the story, to Max as a character. Max has a hard time advancing in her life, always looking toward previous decisions. She doesn't want to make choices. She's really nostalgic and wants to stay in the past. Giving her the rewind power increases the feeling even more that she won't advance, because she wants to fix everything."

I asked how Dontnod matches a power to a character, and if he had any ideas for superpowers in future Life Is Strange installments.

"I don't ask myself 'what kind of power would be really cool for the game?' but more 'what kind of character and story can we create that's linked to it?' You can imagine if you had a character who had the power of invisibility, that could work really well with a character who is shy, and doesn't want to be seen, or be the center of attention.

"I'm not saying we're doing that," he added quickly. (He assured me that no one's revealed any plans for the Life Is Strange series after the final episode of Life Is Strange debuts on Dec. 5).

But the focus on character development seems to have paid off, based on the kind of fan response Dontnod has received.

"After the first game, we had a lot of feedback and moving letters from players talking about depression and social media bullying," Koch said. "In the second game, we had the same kind of messages. Sean and Daniel are Mexican Americans. We got several messages from Latin American people who felt it was important that there was a story about them. How complicated life can be in any country when you're facing racism and discrimination, and how a game could talk about that."

Either way, Koch promises that the choices players made in the first four episodes will have a major impact on the way that Life Is Strange 2 plays out, including how the game ends.

"I hope the players will enjoy the big journey, and will miss Sean and Daniel after ending the game."