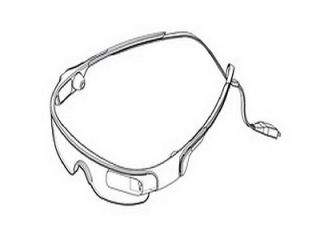 Samsung could be the latest company to rival Google in the wearable display market. A new report suggests that the smartphone maker is working on a Google Glass-like wearable device that could debut at IFA in September.

The headset is believed to be called “Galaxy Glass,” according to The Korea Times. “Wearable devices generate profit immediately,” a Samsung official reportedly said to the Korean news source. “Steady releases of devices are showing our firm commitment as a leader in new markets.”

MORE:Smartwatch Face Off: Galaxy Gear vs Pebble vs Sony

Galaxy Glass will supposedly connect to a smartphone and would allow its wearer to make calls and listen to music. Its functionality sounds similar to that of the Galaxy Gear, which acts as a wrist-worn companion to newer Samsung smartphone models running Android 4.3 and higher. Samsung was previously awarded a design patent for a wearable display with similar features, including the ability to display information when paired to a smartphone, play music or make phone calls.

This isn’t the first time we’ve heard that Samsung could be expanding its wearable tech portfolio. Tech blogger Eldar Murtazin reported in October that the Korean handset maker is developing a heads-up display known as “Gear Glass.” As the phrase implies, Murtazin said the headset would feature the Galaxy Gear’s branding and could be unveiled in April or May.

If Samsung does decide to launch its own wearable display, it would be one of many companies jumping on the heads-up display trend. From startups such as Optinvent and GlassUp to industry veterans like Vuzix, the wearable display market is getting increasingly competitive. Samsung hasn't made any mention of its plans to launch a Google Glass alternative, but if it does we wouldn't be surprised if it only worked with certain Samsung products just like the Galaxy Gear.