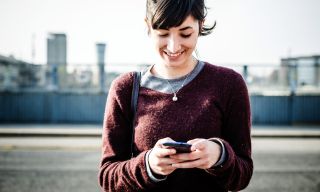 So you love your smartphone, but for whatever reason, you've decided it's time to part ways with your carrier. Not all networks support the same devices, but you don't want to be forced to drop cash on a new handset just because you're switching services. What can you do?

One user on our forums, jenniferdiane80, posed a similar question: Is a Verizon prepaid phone compatible with prepaid carrier Straight Talk?

The answer? In this particular case, it depends on how long you've had the Verizon phone, or how many payments you've made.

According to Verizon's Device Unlocking Policy, all of the carrier's 4G Phone-in-the-Box prepaid phones ship locked to the network. This means that they are compatible exclusively  with Verizon and won't function through another wireless provider. Most prepaid devices are sold this way to prevent customers from buying heavily subsidized phones at the carrier's expense only to take them to competing networks.

MORE: A Guide to No Contract and Prepaid Phone Plans

However, Verizon is obligated to unlock your phone if you request it and you meet one of the following criteria:

The upshot of this is that you'll need to use the phone on Verizon's network at least once to complete the activation process, which requires that you make one call in the first 60 days after activation. Assuming you've done that, you simply need to have owned the phone for a year or already paid Verizon the minimum amount to unlock the device.

At that point, you can dial *611 or (888) 294-6804 from the phone in question to receive instructions on how to unlock your device. Once you've done so, you can use the phone on Straight Talk or other networks that support it, so long as you put in the appropriate SIM card.

But how do you know what networks support your device? To find out, you need to have a basic understanding of the two standards of wireless technology all carriers and phones operate on: GSM and CDMA.

In the United States, two of the country's major carriers — Verizon and Sprint — utilize CDMA technology, while AT&T and T-Mobile are GSM. Other networks, known as mobile virtual network operators (MVNOs), work on the infrastructure of one or several of those existing carriers.

Some MVNOs run on only one network. For example, MetroPCS uses only T-Mobile's GSM towers, meaning you'll need a GSM phone to take advantage of the service. Straight Talk, on the other hand, uses all four networks. That makes Straight Talk one of the rare MVNOs that support both CDMA and GSM devices, so it's compatible with all unlocked phones, including Verizon's CDMA products.

If you were to take that Verizon prepaid phone to MetroPCS, which is a GSM carrier, it wouldn't work. The same goes for Cricket Wireless, an MVNO that utilizes AT&T's towers.

Therefore, knowing whether your phone and desired carrier are CDMA or GSM is absolutely critical to figuring out if you can make the switch. Those considerations are also extremely important to factor in when purchasing unlocked phones without any carrier affiliation, because choosing the wrong type of phone will limit your options. Some devices, like the Essential Phone and Motorola's unlocked handsets, do in fact support both GSM and CDMA bands — though, like Straight Talk, these are few and far between. Most are simply one or the other.

Finally, as for whether you should go to Straight Talk at all — that's a different question. Straight Talk finished last in our carrier rankings for 2017, due to its losing combination of poor customer service and slow data speeds. Straight Talk may use the big four networks' towers, but it doesn't deliver anywhere close to the same performance, which is why we suggest you consider competitors such as MetroPCS and Republic Wireless instead.