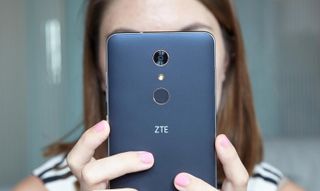 The grass is sometimes greener on the other side of the fence. For Tom's Guide forum user Celexstm, it's looking awfully green over at wireless carrier Straight Talk. Celexstm asks:

Let's tackle the "could" part of this dilemma first. Straight Talk sells SIM cards and uses a mix of other cellular providers' networks for its wireless service. As such, there's nothing preventing a phone that works on the GSM-based T-Mobile network (which MetroPCS uses) from connecting to Straight Talk. The phone will need to be unlocked, however.

Let's assume that Celexstm bought the phone in question through MetroPCS. The carrier's unlocking policy lists more than a dozen devices that you can unlock on your own with an automated app. For all other phones, you simply contact MetroPCS customer support, or head to a retail store to request an unlock code.

Straight Talk can confirm that your phone will work on its network. Using the carrier's compatibility checker, you can enter your device's IMEI number to make sure that it works with Straight Talk. You'll find your phone's IMEI number in the Settings app, either under About This Phone (for most Android devices) or General > About (for iPhones). If prompted to select a compatible carrier, choose "T-Mobile compatible."

From there, you'll order a $1 SIM card — again, you'll want to select "T-Mobile compatible" — and select a Straight Talk data plan. Plans start at $35 a month for 2GB of LTE data. You'll pay $45 a month for a 10GB plan, or $55 for unlimited data. If you want to add unlimited mobile-to-mobile calls to Mexico, China, Canada and India to the 10GB plans, that brings the total cost to $60 a month. You can also knock $1 off each plan by enrolling in autopay.

But should you do all this? In our current wireless carrier rankings, MetroPCS is the top-rated prepaid service, besting even Big Four carrier Sprint; Straight Talk, on the other hand, brings up the rear in our rankings.

In terms of monthly prepaid plans, MetroPCS' offerings are generally more attractive than Straight Talk's. The same 2GB of LTE data that costs you $35 a month at Straight Talk will run you $5 less at MetroPCS. The same goes for unlimited data, which starts at $50 a month at MetroPCS. Straight Talk's one edge over MetroPCS is if you need to take advantage of international calling features, particularly to China or India. MetroPCS's international options aren't as generous.

Let's assume, though, you're not enamored with MetroPCS' service. You do have other options outside of Straight Talk. Boost Mobile may rely on Sprint's slower network, but its plans are more attractively priced than Straight Talk's: Unlimited data costs $5 less at Boost, and you can get an extra gigabyte of LTE data for $35 a month. What's more, Boost offered good customer service in our experience.

If saving money is your ultimate goal, consider the several low-cost options under $40 a month. One of the better values comes from Republic Wireless, which charges $15 a month for unlimited talk and text plus $5 for each gigabyte of data you use. Keep your data usage down to 2GB per month, and you pay $25. Since Republic defaults to Wi-Fi for text, talk and data when available, you won't consume as much LTE data, and when you do need a cellular connection, you'll jump between Sprint's and T-Mobile's networks.