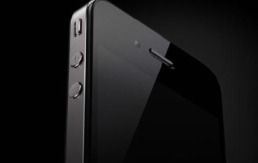 AT&T and Apple began taking pre-orders for the iPhone 4 on June 15, and once again AT&T lived down to its reputation with server errors and timeouts. However, 600,000 lucky souls got through to reserve their phones, including one of our freelancers. He braved a line at a store in the San Francisco Bay Area to score his phone (because Apple would sell it to someone else if it wasn't picked up on June 24).

The iPhone 4 is a significant leap in the overall product, more so than any prior version except perhaps the original phone. After the relatively modest update that was the 3GS, it's now apparent Apple wanted to take two years to work on a real big update, and did it ever deliver.

Our reporter is replacing an iPhone 3G, which is coming off contract. That means a two-year commitment to AT&T, a decidedly unappealing thought, but the phone's appeal is considerable.

And to AT&T's credit, launch day went quite well. The line at a San Francisco Apple store moved slowly but steadily and there were no problems with activating the phones. Customers were in and out of the store in 10 minutes. The line was another matter… that lasted 2.5 hours.

Whereas the 3GS was a bump in the existing technology, the iPhone 4 is a redesign from the CPU up. It has a new CPU, the same one in the iPad. It has a whole new screen with four times the resolution as previous generations that Steve Jobs claims is sharper than even the human eye can perceive (to considerable debate on Apple and gadget blogs). It has new cameras, twice the memory of the 3GS and the metal that frames the body serves as an antenna to boost signal reception.