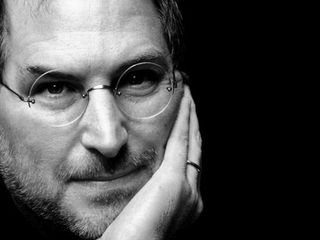 Most touchscreen phones have at least a couple of tactile buttons; touchscreens are sexy and easy to use, but you really can’t beat the old physical buttons when it comes to stuff like power, and volume up and down at the very least. The iPhone, seen by many as the original modern touchscreen phone, actually has quite a few real buttons to compliment its large screen. These are the volume rocker, the mute switch, the power button and the home key. However, it looks like iPhone 5 may see the elimination of at least one of these.

Though it’s not certain, BGR’s sources say it’s possible we may see these changes come into play in the next generation models set for launch this year. It might sound totally crazy, it’s important to remember that Apple’s ridiculously small touchscreen MP3 player, the iPod Nano, has no physical button and employs multitouch gestures as a navigational tool.

Obviously the next question is what Apple will do with the extra space. One option is that they'll use it to increase touchscreen real estate. Steve Jobs has, in the past, expressed distaste for larger-screen devices saying they’re almost too big to fit in one's pocket. However, with an increasing number of phones out there packing 4-inch+ displays, ditching the home button and increasing the display size without making the device itself any bigger would be a nice little workaround to move the iPhone in the same direction as other big players in the industry.