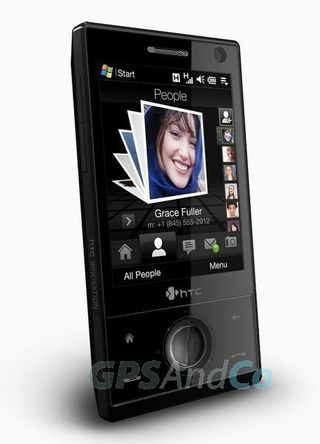 Vodafone announced earlier in the week that it had signed a deal with Apple to distribute the iPhone in 10 countries; Australia, the Czech Republic, Egypt, Greece, Italy, India, Portugal, New Zealand, South Africa and Turkey. It also emerged that it would not be the only network provider to offer the iPhone in Italy with Telecom Italia also selling the fruity phone.

Florian Seiche, vice president of HTC Europe said that the HTC brand is becoming increasingly popular with European operators choosing to sell HTC-branded phones, rather than offering them as own-name handsets.

Vodafone will join Orange in selling the phone throughout Europe and T-Mobile will be selling it as the T-Mobile MDA Compact IV.

The Taiwanese company’s latest release will hit European stores in June. In a few months, the phone will become available in Asia and the Middle East and by the second half of 2008, it will be available in North America and Latin America. Pricing information for the iPhone rival has yet to be announced.

The launch of the original Touch in June of last year was significant for HTC who, in the past, largely focused on building handsets for other companies. The Touch handset proved popular selling 3 million units however that figure can’t hold a candle to the iPhone which reportedly sold 1 million units just 74 days after it’s release.