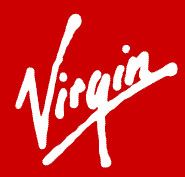 Totally Unlimited costs $79.99 a month for unlimited calls nationwide with no roaming charges. For an extra $10 customers can add unlimited texting and email.

The offer brings Virgin into direct competition the four major service providers in the U.S., Verizon Wireless, AT&T, Sprint and T-Mobile who all offer similar unlimited plans but at a slightly more expensive price (averaging out at just under $100).

Another advantage for Virgin is that the Totally Unlimited calling plan is pre-paid with no contract. A lot of people simply prefer to have a cell phone without the commitment of a contract. The idea of pay as you go is particularly attractive for parents with teenage children because it makes it harder for their kids to spend a fortune on phone calls, however, one could argue that if you’re paying for all your calls at the end of the month, you’ll never be unable to contact someone in case of an emergency.

Virgin’s Totally Unlimited plan is bound to prove popular for precisely this reason. For a flat rate of eighty bucks parents can sleep safe in the knowledge that no matter how long their pride and joy spent yacking on their cell phone the previous night, they’ll be able to call them for a ride home when they need to.

There’s also the issue of customers often not wanting to be tied to a specific network for a set amount of time. Many iPhone owners have opted to unlock their iPhones to avoid being tied to AT&T for two years.