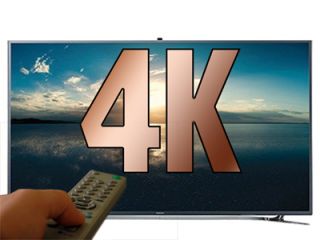 According to a report from tech news site GigaOm yesterday (Jan. 2), Google will have on display YouTube streaming 4K resolution video with select technology product partners, including TV makers such as Sony and LG partners. Google will use a new VP9 codec it developed to stream video at lower bandwidths, including current 1080p HD videos and also new 4K videos.

In response to a request from Tom's Guide today (Jan 3) Google confirmed the information in the GigaOm article, listing 19 companies as "some of the partners" that will be adding support for the new video codec.

According to Google, the YouTube demos will be shown on new devices from LG, Panasonic and Sony at their booths during CES next week. We contacted all three companies for comment, but have not heard back from any of them.

While YouTube currently has a limited amount of 4K content, the amount is expected to increase once there are more devices able to view 4K video and content producers see there is a viable market for such content. The VP9 codec and its lower bandwidth requirement will also increase the 4K market since it will mean more households will have the capability to stream 4K content.

There is another 4K codec that has gained support, called alternately H.265 or HEVC (High Efficiency Video Codec). This is the tech that Netflix will use for its 4K streams, including the second season of its original show House of Cards, coming later this year. Rumors have it that Netflix will announce its own alliances with TV makes at CES to support its HEVC streaming service. According to GigaOM, Francisco Varela, YouTube's global director of platform partnerships, indicated that YouTube may support H.265 as well.