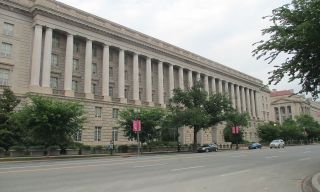 If death and taxes are the only two certainties in life, phishing-scam emails are becoming a reliable third. The Internal Revenue Service is warning American taxpayers that online scams related to tax season are on the rise, and that if users are not careful, their financial information could wind up in the hands of cybercriminals rather than the U.S. government. (Some might argue that's an academic distinction, but still.)

The IRS warning was posted as an advisory on the agency's website last week, and the mechanics of the scams will be familiar to anyone who's spent a few hours online anytime in the past 20 years or so. Unassuming taxpayers receive an email (or sometimes a text message) informing them that they can file their taxes online, or that said filing information is incomplete. The links in the emails lead not to the official IRS page, but rather to convincing facsimiles that proceed to ask for users' names, addresses, Social Security numbers and other identifying information.

Tax scam emails are nothing new, although the IRS has observed that they've been on the rise — not only as tax season approaches, but also year-to-year. The IRS observed 254 such scams in January 2015, but a staggering 1,026 in January 2016. To date, the government agency has observed 1,389 scams in 2016, which is already halfway to 2015's yearlong total of 2,748. With more aggressive tactics on the part of cybercriminals, the number of victims may increase as well.

Giving attackers your name, address and Social Security number is troublesome enough on its own, but if you give them all of your tax information, they can cause some additional mischief. If you're entitled to a refund from the federal government or your state government, a crafty criminal could file a return on your behalf, modify a few address details and collect the refund on your behalf. Given that tax refunds often amount to hundreds, or thousands, of dollars, it's not hard to see how a few well-placed phishing schemes could make someone very wealthy without much effort.

The IRS advises Americans to report suspicious emails to phishing@irs.gov and to generally disregard any unsolicited emails that appear to be from the organization. (While the IRS does correspond with taxpayers via email, it almost always initiates contact via snail mail.)

If you've already fallen prey to a tax-time scheme, get in touch with the IRS as quickly as possible. Doing your taxes may not be any fun, but having a criminal do them in your stead is probably even less enjoyable.