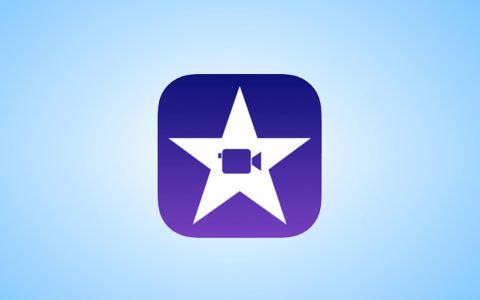 iMovie gives Mac users an easy way to get started creating high-quality movies from videos shot on all kinds of devices.

iMovie's biggest draws for Mac users are its ease of use and hardware-software integration. This novice-oriented tool lets you view and organize all your video clips shot on an iPhone, GoPro action cam or high-resolution videocam in one place and create movies with a polished sheen. With iMovie, you can edit movies at up to 4K and 1080p and 60 fps. You can stabilize and fine-tune each clip with color correction and special video and audio effects for realistic action footage. With its built-in trailers and themes, iMovie provides the scaffolding to assist budding filmmakers. While it's not available for Windows, its ease of use makes it the best free video editing software for Mac users.

While iMovie is easy to use, it's not as initially intuitive as some might expect from Apple software.

Like Photoshop Elements, Corel VideoStudio, CyberLink PowerDirector and other competitors, iMovie builds in a library of title styles, transitions and audio tools. Unlike Photoshop Elements and VideoPad, the iMovie interface is subtle, with multiple ways to accomplish tasks and no obvious way to get started. It's helpful to consult the documentation first.

As expected, iMovie is directly interoperable with macOS via the Import command, offering access to your entire file system where you can access all your images, videos and tunes.

One potential obstacle to newcomers is that iMovie rejects direct import of DRM-protected files. So if you are using protected audio or video imported from your iTunes library, you may need to convert those files to a nonprotected format first.

The Trailers feature on iMovie inspires creative presentations and offers a template on how to organize and present your videos, even if your specific movie does not neatly fit into Apple's prefab categorical styles. Why? Because Trailers literally forces you to storyboard your work in a professional way, supplying a structure for different kinds of clips and movies. The program's themes are also useful, especially since they provide as much or as little direction as you want.

Not interested in a trailer? No problem. Just click the Create New button in the Projects browser and start pulling in your clips. iMovie's simple interface tucks most of the app's controls under nine icons on the upper right of the window. A universal enhancement button offers single-click improvement to selected clips, while more-granular controls for color balance and correction, cropping, stabilization, volume, noise reduction, speed, and special effects are also available. Newer versions of the software now support the MacBook Pro's Touch Bar.

If you need features like motion tracking, you'll want to consider DaVinci Resolve, Hitfilm Express 2017, or shelling out for Adobe Premiere Elements. And if you're intent on handling 360-degree video or multi-cam editing, you could also try VideoPad or Hitfilm.

iMovie took 4 minutes and 14 seconds to render the project at 60 fps with medium-quality selected. While not an apples-to-apples comparison with the other video-editing apps in this roundup (which were tested on an HP Spectre x360 laptop with a 2.2GHz Intel Core i5-5200U processor, 8GB of RAM and HD Graphics 5500), iMovie was the second-fastest of the bunch.

With a bit of a hack (which involved first placing and then removing a 30 fps clip in the timeline), I was able to render the same movie at 30 fps at a speed of 2:15. That, too, was the second-fastest among free video editors we tested.

Unlike most consumer apps, iMovie offers little flexibility in output options. There's a limited choice of resolutions and quality settings to save a file.

It may be preferable to save projects to your hard drive first, but if you're pressed for time, and need to post a video to social networks immediately, iMovie has you covered. You can share directly to YouTube at up to 4K resolution, publish movies directly to Facebook and Vimeo, and share any video frame as an image. iMovie Theater coupled with iCloud lets you view your productions on any Apple device or via Apple TV, or alternatively, transfer videos between the desktop and mobile devices via Mail Drop.

You can also share a movie, trailer or clip to your iTunes library, where you can watch the movie via  iTunes on your Mac or add the video to other devices like Apple TV, iPad, iPhone or iPod touch.

Apple's free iMovie has gained some cinematic cred over the years, and while new videographers may need some time to get used to the interface, it quickly becomes intuitive and fun to use. Novices get the benefit of iMovie's flexibility, convenient drag-and-drop action, handy access to multimedia files, and deft but subtle educational features that automatically offer clues on how to shoot and construct a solid story. Newcomers will especially appreciate iMovie's template features, which produce professional results that would otherwise be hard to achieve.