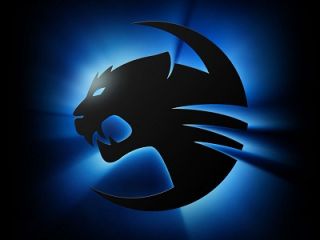 If you’re one of our European readers (or a very adventurous North American reader), chances are you’ve heard of Roccat and their full line of gaming peripherals. Similar to Razer and Steelseries, Roccat offers mice, keyboards, surfaces and headsets for the PC gaming crowd (Roccat hasn’t moved into the console space yet). It seems like whenever I talk about gaming gear, one or several readers ask why [Product x] from Roccat wasn’t included, and my response is always the same: We don’t review products that aren’t for sale in North America.

That’s about to change, however – not the part regarding foreign product reviews, but Roccat not having a U.S. presence. Roccat peripherals should start popping up on Amazon and other web-based retailers this week, which is good news for anyone needing a new mouse or keyboard.

Roccat sent us three of its products: The Kave headset, Kone[+] mouse,  and Isku keyboard. Are these new additions to the U.S. market worth your money? Or are you better off investing in another brand? Instead of a traditional review, we’re going to focus on a few overarching themes, all of which are generally a pro or con for the trio of products (with some exceptions). It’s worth noting that some of these products have been around for a while – just not in North America. The Kone[+] was released in 2010, while the Isku was released last summer. The Kave is even older, originally going on sale in spring 2009.