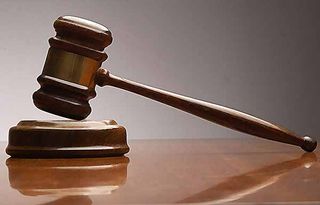 Illegal file-sharer Jeramiah Perkins has been handed the longest prison sentence ever given in a U.S. file-sharing lawsuit of five years.

U.S. District judge Arenda Wright Allen sentenced the leader, who is 40 years old, of the IMAGiNE file-sharing group to a record prison term for camcording movies in the theater and then distributing them on the internet.

Perkins, otherwise known as Butch Perkins, Stash and theestas, was found guilty of conspiracy to commit copyright infringement by file-sharing movies, music, games and more mediums through the web.

He was the leader of a group that went to theaters, recorded the movies through camcorders, recorded the audio, synchronized the files and then subsequently distributed it on the internet. IMAGiNE became one of the most prolific piracy release groups on the planet between 2009 and 2011.

"The conspirators informally identified themselves as the IMAGiNE Group and sought, among other things, to be the premier group to first release to the Internet copies of new motion pictures only showing in movie theaters," IMAGiNE's indictment reads. "It was further a part of the conspiracy to use computer software to digitally refine and to edit the video and audio portions of a motion picture and to combine or synchronize the two components into audiovisual movie files."

According to the indictment, the group focused on making movies available before the public release of DVDs. IMAGiNE rented servers in France, Canada and the United States, as well as hosting a number of websites, including "unleashthe.net".

The sites included a torrent tracker, member profiles, discussion forums, a message board and news. IMAGiNE obtained revenue via donations and and payments stemming from the downloads of the copyrighted products. Included in the list of movies pirated by the group were "Friends With Benefits," "Captain America: The First Avenger" and "Avatar," the latter being the highest grossing movie of all time ($2.78 billion).

Five members of Perkins' group were also found guilty and have consequently been handed prison sentences for being involved in IMAGiNE. Co-defendant Gregory Cherwonik received 40 months, Sean Lovelady was given 23 months, while Willie Lambert received a 30 month sentence. The fifth defendant is set to be sentenced in March.