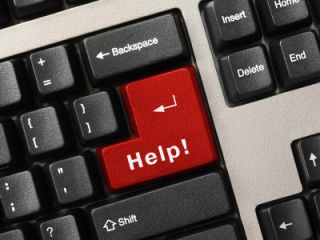 We've all checked out our house on Google Street View. Most of us will notice whether or not the curtains are drawn or if our car is in the driveway. However, one UK Street View browser noticed something else going on in his driveway: the theft of his camper van.

In June 2009, a £7,000 camper was stolen from a driveway on Cauldwell Road, Linton, Derbys. However, though police knew it had been pilfered between 9am and 2pm on the day in question, they had little else to go on.

Fast-forward almost a year to March of 2010. The owner of the aforementioned caravan is perusing Google Street View when he spots what he believes may be a caravan theft in progress. Standing in the his driveway, next to a 4x4, is large, bespectacled, bald man. PC Adrian Mason, who is investigating the crime, told the Telegraph the victim did not recognize the man or the car in his driveway and is appealing for information about him.

"It is amazing that we have such a clear image of a man who we think will be able to give us information that would help the police inquiry," he said, adding, "It was an amazing coincidence that the Google car was passing at that time."

Unfortunately, because Google has blurred out the license plate on the car, PC Mason isn't having much luck tracking the car.

"I've made extensive enquiries since the image was discovered but because the registration plate of the 4x4 is blanked out we have been unable to trace the man through his car," he told the paper. The police are now releasing the photo and appealing to the public for help in identifying him.

Source: The Telegraph via Jalopnik