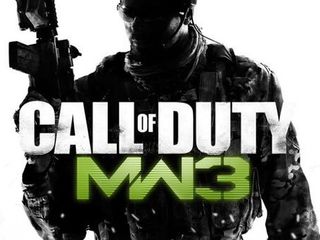 There's nothing like a good gaming scandal to heat up interest for an upcoming title, whether it's positive or negative. We saw plenty of drama stirred up over EA's Medal of Honor and the controversial-yet-then-playable Taliban forces, provoking the government into threats of banning the game from GameStop stores and Post Exchanges located on military bases nationwide. EA eventually buckled under pressure and removed the "Taliban" tag.

Then just weeks ago, Activision's Call of Duty: Modern Warfare 3 (MW3) assets were "leaked" early, forcing the publisher into PR recovery mode. Just days ago a letter from Activision's CEO indicated that the company plans to root out the mole even though the early leak created some heavy-duty-yet-positive buzz.

Unfortunately, the drama isn't over. Now MW3 has taken a "Medal of Honor" turn by drumming up controversy based on the London teaser trailer, branding it as an "ultra-violent" game. Here's the problem though: on July 7, 2005 (7/7), a series of coordinated suicide attacks struck London by targeting the city's public transportation links during the morning rush hour. The London Underground service took the brunt of the attack, with 56 people killed – including four bombers – and 700 others injured.

Supporters of those affected by the attacks on London are now wanting the game banned from the UK. "I have concerns as these games are hyper-real and take place in a landscape we are familiar with," said Vivienne Pattison, spokesperson for campaign group Mediawatch UK. "In light of the fact we have just had the 7/7 inquests, it is in incredibly poor taste."

An unnamed person at Activision fired back, saying that MW3 "is a fictional action game aimed at mature adults and set in World War Three. The scenes in the game are entirely fictional and are not intended to recreate any historical events."

Still, British newspaper The Daily Mail is seemingly trying to fan the flames, pointing out that in one specific shot in the trailer, an armed soldier on a truck cuts in front of a Tube carriage, derailing and causing it to explode. "Call Of Duty 3 has not yet received an age certification and shows soldiers running through the streets of London with machine guns while bombs explode and buildings tumble to the ground," the paper writes. "Big Ben is also clearly visible as are police cars and a London bus amid the violent scenes."

Still, the British paper and those who support the 7/7 victims are understandably sensitive to anything that may resemble that horrible day might like Americans would protest "violent" scenes that resemble the 9/11 attacks. This also won't be the last time someone strikes out against publishers and developers because their games are no longer mere means of entertainment, but seemingly out to recreate reality while stepping on a few sensitive nerves in the process.

Still, don't expect to see this scenario removed from MW3 – it's not as simple as removing a name from a multiplayer faction. Activision also left the controversial "No Russian" level in the previous installment despite prior complaints. If anything, MW3 will simply be banned from specific markets who take offense to the content... if it gets to that point.

Call of Duty: Modern Warfare 3 is scheduled to invade the Xbox 360, PlayStation 3 and Windows PC on November 8, 2011.