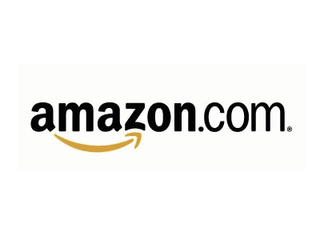 Amazon's Jeff Bezos today took to the stage at a press conference to unveil not one but three brand new cheap-as-chips Kindle ereaders. We all know that the company is also launching a Kindle tablet today, but for those of us that can't get past our love of eInk displays, Amazon is not leaving us behind.

The new line of Kindles starts at $79 with the new entry-level Kindle representing a refresh from the old Kindle 3. Measuring in at less than six ounces and 18 percent smaller than the old model (just the body, the display is still a 6-inch job), this one has just three buttons and sports a sleek and sexy design. While it's not immediately clear, it seems this model will be a Kindle + Special Offers deal. You might remember when the Special Offers Kindle was launched by Amazon earlier this year. If not, it's basically a heavily discounted, ad-supported Kindle. The ads on the new Special Offer Kindle are local and classy, appearing as unimposing screensavers, so don't worry about your reading being interrupted by annoying pop-ups.

While a $79 Kindle is certainly something to write home about, Amazon announced two more new additions to the Kindle line and these definitely have us excited. The Kindle Touch and Kindle Touch 3G are exactly what they say they are: Touchscreen Kindles. With an IR touch system and 6-inch displays, users tap the left side of the screen to go back a page, the middle for the menu, and the right side of the screen to go to the next page. The Kindle Touch and Touch 3G also come with a new X-Ray feature designed to make reading more ... interactive, we suppose. Tapping a page will bring up facts about what's happening in the book you're reading. The example given during today's demo was a Wikipedia article on the Versailles Treaty, because the book being read was the post-war novel 'Remains of the Day.' This book-specific information is apparently downloaded with the book, meaning you don't tap the page and ending up waiting an age for whatever Wikipedia article Amazon feels is relevant to load.

The pricing of the new touchscreen Kindles is equally as impressive as the $79 traditional Kindle. Though they look very different from their cheaper brother, the new Kindles are still budget-friendly devices. The Wi-Fi-only model clocks in at $99 while the 3G model rings in at $149. Both are available for preorder starting today and will hit the market on November 21. The $79 Kindle is on sale from today.

Update: The preorder pages have gone live and it looks like the $99 and $149 prices are for the Special Offer versions of these devices. If you don't mind ads, then all is well. However, if you can't stand the thought of ads, the $79 Kindle will cost you $109 sans ads while Touch Wi-Fi will set you back $139. By that logic, the 3G Kindle Touch (the preorder page for which has yet to go live) will set you back $179 $189. Still cheap, but not as mind-blowingly cheap as we first imagined.

Looking for a full-color Android tablet for just $199? Look at the Kindle Fire.