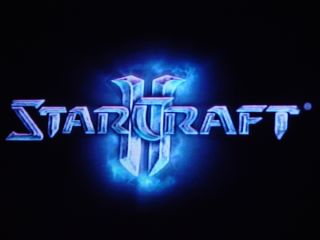 StarCraft II: Wings of Liberty has been around for a few months now, and it quickly proved itself as one of the best games of 2010, from a critical and financial standpoint. To celebrate the latest chapter in the StarCraft saga, Razer has created some Terran-specific computer peripherals for all you Raynor fans to enjoy. We tested all of these with a PC, but there are Mac drivers available.

Let’s start with the Razer’s StarCraft II keyboard, the Marauder. The Marauder is designed with the LAN party-goer in mind, with its compact size, the ability to record macros directly through the keyboard, and back-lit keyboard.

Staying with the Marauder’s size, Razer took the section normally reserved for the arrow keys and PgUp, PgDn, etc buttons and cut it out. All those keys and functions are still present, but they are now part of the number pad. There is a Num Mode button that allows you to switch between functionality, which will be fine for everyone who isn’t used to using the arrow keys and number pad at the same time. Does this only affect a small segment of gamers? Perhaps, but this is the sacrifice you make for the Marauder’s compact size. Speaking of sacrifice, there is no wrist rest included either, so plan accordingly. Despite being small, the build quality of the Marauder is very solid. While the SteelSeries 6Gv2 is still the durability king, this board will stand the test of time.

Because this keyboard is an official StarCraft II: Wings of Liberty input device, there is a ton of blue backlighting by default. From the keys (through and around) to the logos to accent lighting on the top, bottom and sides, there’s enough light emanating from this keyboard to illuminate a Christmas tree. Like any keyboard worth its weight these days, the lighting can be changed between 16 million colors on the RGB scale (with 48 colors preset). The keyboard’s lighting is split into three zones (the keys, accent lighting and the side strip lights). This way your Marauder can go red white and blue or purplr pink and yellow. The lights can be shut off, of course, with a button that is complemented by non-dedicated media controls and a gaming mode toggle for the Windows button (all of these functions are on the line of function keys, hence the fn button). Lighting aside, the design of this keyboard is black and gray, a scheme that runs throughout the StarCraft II peripheral line.

The keys have a nice, soft rubbery texture, much like the Lycosa (also from Razer). The keys themselves are still traditional membrane, which makes us miss the mechanical keys on the BlackWidow Ultimate. If you prefer membrane input, the Marauder will not disappoint, being both responsive and comfortable (no wrist rest aside).

We have always liked the software that Razer uses with its products, and the StarCraft II line is no different. Because there is a matching set of keyboard, mouse and headset, Razer has released one master driver/software suite for all three. UI tweaks and StarCraft II logos aside, the software is as functional as ever, making macro recording a snap and other adjustments straightforward. You can record macros through the software or right on the keyboard, but we found the latter process to be a little confusing, so we stuck with the software interface.

There is some StarCraft II-specific integration with the keyboard’s software, primarily a programmable warning system. If a unit or building is attacked or finished being built, you can set the keyboard to flash a specific color. This is a nice touch, but in some instances it’s not necessary since the game tells you when you’re being attacked. The lighting can also be set to change depending on what your APM (actions per minute) rate is. It starts off a teal-green when you’re under 50 APM, and will change to red when you hit 300 APM, with several colors in between.

The biggest hurdle for the Marauder is the price tag, at $119.99. That’s the same price as a BlackWidow Ultimate, which comes with a full QWERTY layout, USB and audio ports, and mechanical keys. Another snag is the size; we understand that the Marauder is chopped down for easy transport to LAN parties and tournaments, but if you’re already lugging your tower and monitor to an event, is a smaller keyboard really going to make your life easier? Staying with size, we can understand the logic behind not including a wrist rest with the Marauder, but why NOT include a detachable one and let the user make up his/her own mind?

If you can get over the high price tag, and you need a compact keyboard that still comes with (most) of the perks found on its bigger brothers, the Marauder is a solid choice with plenty of back-lighting, great software, and styling to make any Terran fanatic proud.