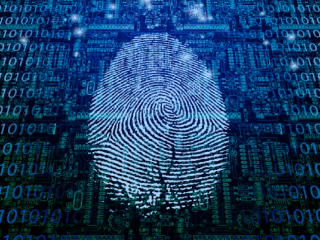 The U.S. National Security Agency (NSA) may have taken some fairly extreme liberties when it comes to collecting user data, but the organization hasn't acted on a whim. Call the NSA's surveillance unethical or unconstitutional or dangerous, but it has a responsibility to protect the United States with every tool at its disposal.

If you haven't been keeping up with the issue, Americans and Britons are very angry with their governments right now. Reports from The Guardian and The New York Times indicate that the NSA and its British counterpart, Government Communications Headquarters (GCHQ), have the capacity to intercept just about everything their citizens do online, from social media information to encrypted emails.

While this anger is both understandable and justifiable, relatively few people have stopped to consider the other side of the coin. You can have total privacy or total national security, but you cannot have both. A modern democratic society requires a compromise between the two extremes.

The most important thing to keep in mind is that there is, at present, absolutely no indication that the NSA has done anything illegal or outside the parameters of its mission statement. The NSA monitors external threats to the U.S., and, in theory, does not turn its attention to American citizens without probable cause. There is no evidence to the contrary among the documents that Edward Snowden leaked.

"How do we protect our nation? How do we defend it?" asked Gen. Keith Alexander, the NSA's director, at the Black Hat 2013 security conference, held in Las Vegas in July. "[This information] is not classified to keep it from you: a good person. It's classified because sitting among you are people who wish us harm."

While the thought of the NSA controlling every bit of information that the average American citizen posts online is disconcerting, Alexander maintained that a terrorist attack is even worse for a country's basic freedoms.

"What we're talking about is future terrorist attacks," Alexander said, discussing a number of planned attacks that the NSA foiled over the last 10 years. "It is worth considering what would have happened in the world if those attacks — 42 of those 54 were terrorist plots — if they were successfully executed. What would that mean to our civil liberties and privacy?"

James Lewis, a researcher at the Center for Strategic and International Studies, agrees.

"The NSA said there were 54 cases where they were able to detect plans and stop them, and 50 of them led to arrests," Lewis told Tom's Guide. "Fifty doesn't sound like a lot compared to the number of records [the NSA collected], but would you have preferred to have 50 more Boston bombings?"

Counterterrorism is not the only function of the NSA's widespread surveillance. Although it cannot report exact numbers, Lewis theorizes that the data-mining has allowed the NSA to put a stop to a number of international espionage plots.

"The original intent of all these programs was to find foreign spies," he said. "They haven't talked about that, but presumably there have been some successes there, too. A lot of times when you see things and there doesn't appear to be any explanation of how we seemed to magically know about it, it might very well be espionage."

As an example of how domestic surveillance can unearth international plots, Lewis pointed to the North Korean ship stopped in Panama in August 2013. The vessel turned out to be smuggling illegal arms from Cuba.

"The Panamanians just woke up one day and decided to look in their ship? I think not," Lewis said.

Current page: How the NSA's Spying Keeps You Safe