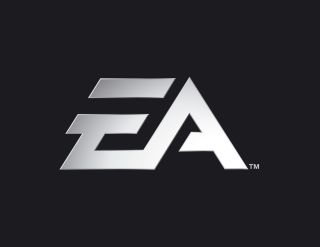 During an investor conference call today, EA CEO John Riccitiello confirmed what many were expecting. Over the next several months, EA will have at least one additional round of layoffs in an effort to cut costs. The layoffs are due to EA lowering its expectations on net revenue and earnings per share for the 2009 fiscal year.

So what is causing the lowered expectations? Lackluster holiday sales. Riccitiello is blaming retailers above all else for the slump. Due to retailers carrying larger-than-normal stock of the top five selling games of the year, many were forced to scale down their stock of other titles, leaving developers and publishers with more stock than they wanted. However, the CEO was also quick to point out that 17 EA’s 2008 titles have a Metacritic score of 80 or higher, a significant jump over 2007s total of seven titles.

"While we saw significant improvement in the overall quality of our key products this year, we are disappointed that our holiday slate is not meeting our sales expectations," said Riccitiello. "Given this performance and the uncertain economic environment, we are taking steps to reduce our cost structure and improve the profitability of our business."

The CEO added, "While we are cutting costs, we remain committed to investing in great game quality, in new properties and in our direct-to-consumer initiatives. We will be launching several new titles and online games in fiscal 2010."

While the number of layoffs and where they will come from are yet to be determined, EA will also be consolidating studios during the process. Two studios that will combined are EA Sims (The Sims, Sim City) and EA Casual, which already oversees pogo.com, EA Mobile and EA Hasbro. This impending round of layoffs follows a first swipe back in late October, which saw six percent of the company get pink slips.

EA is also expected to cut several titles slated for 2009 altogether. While EA Sports will remain untouched, the bulk of the cuts will "be divided evenly between core and casual" software, according to Kotaku. Riccitiello also commented on how EA need to ramp up its efforts concerning software for the Wii. With two-thirds of Wii software sales coming from Nintendo, the CEO said that "For those of us making console games, that’s a challenge that we certainly have to contend with." He also said that some of the few titles EA has for the Wii, like The Sims and Boom Blox, are performing well. Boom Blox currently has a Metacritic score of 85.