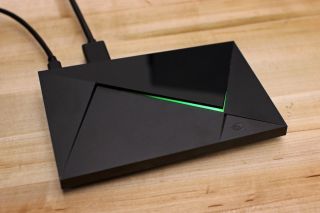 Our favorite Android TV player — 2017's Nvidia Shield — is about to get an upgrade. News has just come in of an FCC filing for an "NVIDIA Corporation SHIELD Android TV Game Console P3430."

This is likely the same NVIDIA Android TV box leaked in June. If so, it will ship with Android 9 (mmm ... Pie) and a faster Tegra processor than the current Shield rocks. Android Central notes this chip is the Tegra X1 T210 B0.

Aside from this, details are currently on the sparse side, as there's no signs of an upcoming event where it would be revealed. Back in March, though, XDA reported that Nvidia is working on a new remote and controller.

As we noted in our Nvidia Shield review, we'd prefer the next remote to be rechargeable, and not rely on hard-to-find watch batteries. We didn't think the existing controller was problematic, though, as it both looks great and feels comfortable.