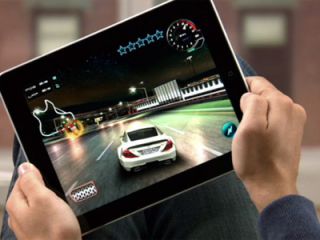 In the months since the death of Steve Jobs, Apple's business practices have fallen under increased scrutiny, but it may be the battle over the iPad name that could finally tarnish the company's golden public image. That's thanks to the ongoing battle between Apple and China's Proview Technologies over the rights to the iPad name in China. That fight has yet to be decided, but it has already expanded into the United States with a lawsuit filed February 17 in Santa Clara County Superior Court by Proview Electronics, Proview's Taiwanese subsidiary.

Both parties agree that in 2006, Proview Electronics sold the global licensing rights to the iPad name to a company acting on Apple's behalf called IP Application Development. Apple has always insisted that the deal included the right to use the brand inside China, while Proview claims that the deal specifically excluded China; the ongoing litigation in China has centered on these dueling claims. However, with this US.. filing, Proview has now gone further, alleging that Apple engaged in outright fraud in order to secure the rights to the iPad name.

The email also includes a statement that could damn Apple's case. "As I said in my last message, I can assure you that the company will not compete with Proview." If Proveiw's claim that IP Application Development was created solely to acquire the iPad name on Apple's behalf is true, that statement would be what is known in legal jargon as "lies". Apple will no doubt fight these new charges vigorously, as they have done in China, where they enjoy considerably political support. After recent ruling against Apple, Proview requested that Chinese customs officials block iPads from being exported or imported through Shanghai. That request was politely declined.