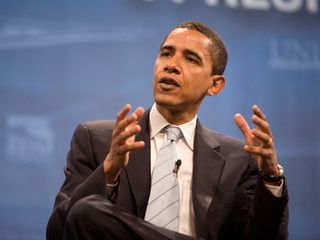 Tuesday Defense Secretary Robert Gates said that the future holds a major threat from cyber technologies that will require civil and military coordination to shield American networks from attack. He added that there's already a considerable threat stemming from those offensive technologies, "and that's just the reality that we all face."

According to the U.S. Defense Department, over 100 foreign intelligence agencies have tried to break into U.S.-based networks. In fact, every year hackers steal enough information from U.S. Government agencies, businesses and university to fill the U.S, Library of Congress "many times over."

That quite a lot of data sneaked across American borders, however Gates told The Wall Street Journal CEO Council (via Reuters) that the U.S. military has bolstered its overall shield blocking outside attackers from its own sites. The military is also working with private-sector partners "to bring them under the umbrella," but the approach is cautious given that civil liberties could be inadvertently violated.

Serving as part of the Defense Department, the National Security Agency intercepts foreign communication as well as shield national security information and networks. Barak Obama said last month that the Department of Homeland Security would station privacy, civil liberties and legal personnel at the NSA, solidifying a greater cooperation between the two agencies.

"So you have the domestic security agency, DHS, being able to reach into NSA in a real-time way to get the kind of protection we need," Gates said. "And my hope is that over time that will lead to better protections for both '.gov' and '.com.'"