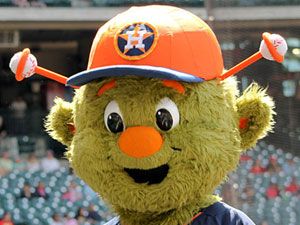 The St. Louis Cardinals are alleged to have "hacked" the Houston Astros, a rival Major League Baseball team, in order to get sensitive player data. Yet something needs to be made clear: This may not be a hack, but rather an example of extreme security stupidity that you can avoid.

According to The New York Times, the FBI and Justice Department are probing officials in the Cardinals' front office for allegedly accessing the Astros' player database. How was this apparently done? Astros officials who once worked for the Cardinals may have used the same passwords to log into both teams' systems.

The Astros seem to have noticed the breach only after internal documents from the team's servers were anonymously posted online a year ago. According to The Times, the FBI quickly discovered that the Astros' networks had been penetrated from a computer at the home of some Cardinals officials.

As the sports blog Deadspin put it, "Everyone involved in the Cardinals hacking scandal seems to be an idiot."

For eight years, current Astros General Manager Jeff Luhnow was an executive with the Cardinals, where he helped run St. Louis' player database and used "Moneyball" number-crunching to build up the Cardinals' recruitment system.

In December 2011, soon after the Cardinals won the World Series, Luhnow and some other officials jumped ship to the Astros, another National League franchise that was at the time the worst team in Major League Baseball.

In 2013, the Astros switched to the American League and slowly crawled out of last place. They currently lead the American League West, while the Cardinals, with a .667 winning percentage, lead not only the National League Central, but all of Major League Baseball.

Possibly alarmed that Cardinals proprietary information had been stolen by Luhnow and other former officials to engineer the Astros' turnaround, Cardinals executives reportedly took a look at the list of passwords used by those officials to log into the Cardinals' player database when those officials had worked in St. Louis.

Lo and behold, according to The Times, at least some of those passwords were successfully used to log into the Astros' player database. In other words, some of the officials who left the Cardinals for the Astros used the same passwords at their new jobs.

Reusing passwords, as regular readers of Tom's Guide know, is very, very dumb. If you use the same password for two different sensitive accounts, it doesn't take a smart "hacker" to discover that unlocking one account will also unlock the other.

If you want to be smarter than an Astros front-office executive, follow these simple guidelines: