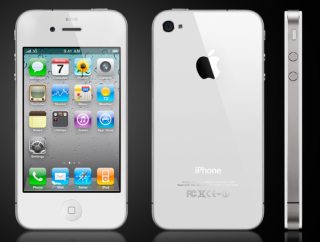 Ah, the white iPhone. It’s as mythical as the unicorn at this stage. Plagued with numerous delays and design problems, we’re beginning to wonder if Apple is just going to keep putting any kind of white iPhone off until the launch iPhone 5. Still, as each day passes, those that have been waiting since last summer keep all fingers and toes crossed, because Apple’s latest projection for launch is Spring 2011.

Keeping things interesting is a little something spotted in Vodafone Germany’s inventory. A 'trusted source' sent Engadget the following pictures of both a 16GB and 32GB white iPhone 4 in the European carrier’s system.

The source didn’t provide details of a scheduled launch date, but the fact that the phones are in there at all suggests Vodafone is at least preparing for their launch. Throwing yet more weight behind a impending white iPhone 4 launch is a similar screen shot from a Best Buy inventory, and this one does include a release date. Mac Rumors was sent the below screenshot showing an in-stock date of February 27 and SKUs that match those previously used by Best Buy when it was taking pre-orders for the white iPhone 4 last summer.