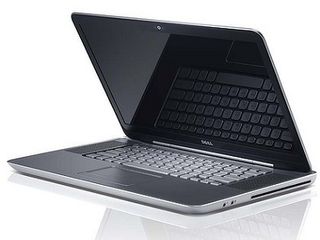 Dell vs Apple: The Neverending Story

Apple's products are as much about form as function. At one time, the company once produced some of the ugliest computers on the planet, but in recent years, it has crafted its products into things of beauty.

By contrast, the PC vendors have turned out generations of products that are purely functional and utilitarian, with minimal emphasis on aesthetics. When it comes to design, PC vendors simply haven’t brought the fight to Apple. Visual appeal is what Apple has used to sell its "PC hardware" running Mac OS.

This is due to an unsung hero within Apple named Jonathan Ive, Apple's head of design who is even more publicity-averse than Jobs, which is saying something. As much as Steve Jobs gets well-earned praise for rescuing Apple from the brink of oblivion, he wouldn't have gotten half as far without Ive.

Jobs dreams up the gadgets, but Ive makes them real. And in that regard, he's done a spectacular job. Apple products are as aesthetically rarefied as they are functional. That's why Apple products are so associated with our image-obsessed see-and-be-seen culture. You don't use the product so much as ensure that you’re seen using it.

Once you look at a MacBook and PC side by side, the difference becomes clear. Internally, the MacBooks are just another mid- to high-end PC laptop: Intel processor, DDR3 memory, AMD or Nvidia GPU, hard drive, etc. It's what's outside that's different. For laptops targeted at professionals, that's fine. These things serve a function and are here to do a job, not put on a pedestal and admired.

However, if you are a power user or a prosumer with the money for a powerful laptop and want some frills, there are some PC options.

Dell has been one of the few PC vendors willing to take on Apple at its own design game. Its newest laptop, the XPS 15z, brings power and aesthetics to the table and meets or beats the top of the line MacBook in several areas.

Next Page Price and Specs