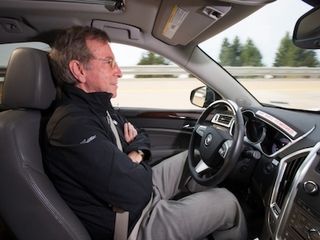 In a few years, your car may be able to chauffeur you to and from the office without you ever having to touch the wheel. But is that what drivers really want? According to a study commissioned by Seapine Software, a majority of U.S. drivers are nervous about riding in a driverless vehicle.

The study, which was conducted by Harris Interactive, surveyed 2,039 adults over the age of 18 and found that 79 percent of respondents would be worried that the equipment in a driverless car would fail while they were on the road. Some 59 percent of respondents also said they would be worried about liability issues in the event of a collision with an autonomous vehicle.

A slight majority of adults, 52 percent, pointed to fears that self-driving cars could be more susceptible to hackers, while 37 percent mentioned concerns regarding the collection of driver data by insurance companies, manufacturers and advertisers as the reason they wouldn't trust a robotic car. A small number of respondents, just 12 percent, said they would have no problem hopping into an autonomous vehicle.

That said, a previous study conducted by J.D. Power and Associates showed that 37 percent of people would get in a driverless car. The same study, however, saw that number drop to just 20 percent when respondents were told they would have to pay $3,000 more to get the technology installed in their vehicle.

Automakers and technology companies, such as Google, are feverishly working on ways to make driverless cars a viable means of transportation. The end goal is to reduce traffic accidents and deaths by reducing the chance of human error. Many new vehicles already offer technologies including automated cruise control and automatic breaking at low speeds. It's only a matter of time before self-driving cars are a reality. But will you be up for the ride?