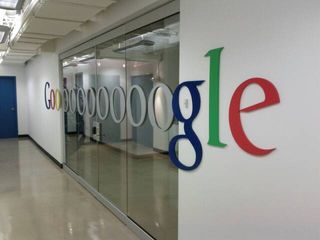 On Tuesday Google sent over a friendly reminder reporting that its Google Wave service will finally be turned off on April 30, 2012. Honestly, we thought the service was long dead and buried by now.

In an update back in August 2010, Google said that Google Wave, its then-new "radical" web app for real time communication and collaboration, would no longer be developed as a standalone product. Instead, the company would maintain the site until the end of the year while it carved out central parts of the code to distribute as open source. Despite what Google thought was an innovative platform, user adoption never really took off, probably because people really didn't know how to use it and Google really didn't give proper instructions.

But the service continued to live on, and in November 2011 Google finally shared specific dates for ending the maintenance period and shutting off the Wave machine for good. "As of January 31, 2012, all waves will be read-only, and the Wave service will be turned off on April 30, 2012," the company said. "You will be able to continue exporting individual waves using the existing PDF export feature until the Google Wave service is turned off. So we'd encourage you to export any important data before April 30, 2012. "

Google's new reminder email echos the November blog, adding that there are a number of open source projects, including Apache Wave, if "fans" still want to continue using a Wave-like platform. "There is also an open source project called Walkaround that includes an experimental feature that lets you import all your Waves from Google," the company states in the email. "This feature will also work until the Wave service is turned off on April 30, 2012."

If anything, Google Wave shows that not every Google idea will be gold plated. As seen in its email reminder, referring to the near-death service as "Google Wage," even the search engine giant will make mistakes. It will make bets that may not always pay off, and Google Wave was obviously one of the losing bets.

Currently the company is struggling to keep its social website Google+ in the limelight as it too has yet to attract the same active traffic showing Facebook's virtual pages. Will it end up like Google's answer to Twitter, Google Buzz? It's quite possible at this point.