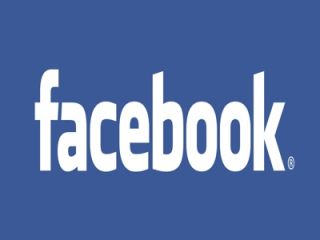 Facebook today held a highly anticipated press conference in California and announced that it would be taking steps to develop Messages, a Facebook feature that allows users to send each other private messages within the site. However, despite the fact that part of Facebook's plan is to offer everyone an @facebook.com email address, the company says they're not trying to kill off email.

CEO Mark Zuckerberg revealed that he believes modern messaging is seamless, informal, immediate, personal, simple and minimal and the new version of Messages embodies those qualities. Basically, Zuckerberg says it's not email, and engineer Joel Seligstein reiterated this fact in a posting to the Facebook blog.

"To be clear, Messages is not email," said Seligstein. "There are no subject lines, no cc, no bcc, and you can send a message by hitting the Enter key. We modeled it more closely to chat and reduced the number of things you need to do to send a message," he continued. "We wanted to make this more like a conversation."

Messages will also be organized in a way that users of regular email services, like Gmail and Hotmail, won't be used to. All of your messages with, say, your dad, will be together in one place, whether they are sent over chat, email or SMS. Think of it sort of like a 'Dad' folder in your inbox that you can click on and see all the messages you've exchanged. This level of organization is reserved for your friends and friends of friends only. Emails from your bank and the electricity company will be sent to a whole other inbox, which I guess is supposed to help you keep your social life and relationships separate from your dealings with the bank and whomever else. Messages from important people not on Facebook can be easily moved from this 'other' inbox to your social inbox.

Facebook is rolling out Messages gradually and users will start receiving invitations in the next few months. Once you get an invite, you can sign up and send invites to your friends and family.

Over all, despite what Zuckerberg and the rest of the Facebook crew say, it sounds like Facebook is trying to get into the email business. Sure, they can harp on about how Messages is different because there's no subject line and it lacks the ability to bcc, but if anyone can email your @facebook.com email address, even people without Facebook accounts, then we fail to see how this is different from an email service.