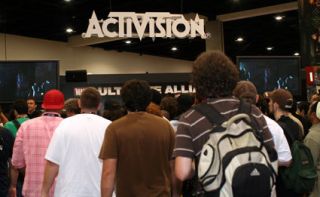 The slowing economy may force console manufacturers to drop their prices, Activision Chief Executive Bobby Kotick said in an interview.

"With the rising costs of fuel and food and housing, it is more difficult to go out and buy a $399 console, and I think it’s going to put pressure on the console manufacturers to reduce their prices," Kotick told Reuters.

Kotick will become the CEO of the merged Activision-Blizzard in June, when it will become the largest video game publisher in the world. He did not mention anything about the price of video games themselves having to fall.

That being said, his comments about falling prices already reflect market conditions: The console manufacturers are already gearing up for a price war; with Microsoft having dropped the price of the Xbox 360 several times since the end of last year.

Video games themselves rarely remain at their launch price for very long, and across the board though video gaming is a much more expensive hobby than it used to be the unit prices do tend to fall very quickly.

Kotick also said that he is concerned about EA’s attempted $2 billion acquisition of Take-Two Interactive, publishers of Grand Theft Auto. More importantly in Kotick’s eyes would be the dominance buying Take-Two would give EA in the sports field – between them EA Sports and 2K Sports eat up most of the best selling franchises in the sports gaming field.

"That’s concerning, sure. When you think about one company in control of the sports category, with no competition from anybody else, that could be a challenge," Kotick said.

Kotick will be in a strong position to mount that challenge come June, when the Activision-Blizzard merger will be complete. The new company will supplant EA as the largest video game publisher and the battle that will ensue in the second half of the year will very likely see a lot of smaller publishers, developers and IPs snatched up by both players, and a few other mid-sized ones as well; in a land grab attempt to solidify positions for the trench warfare to come in the industry.

We’re seeing a lot of movement in acquisitions already, and Acti-Blizzard just has to wait for the June merger to be complete before it can get out its chequebook and see what it can do to buy up a few sports titles of its own.