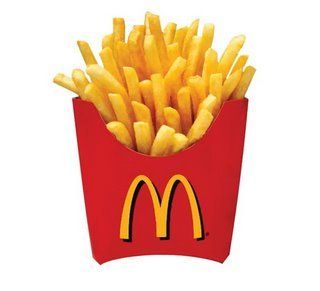 Apple last year announced that iPod Touch and iPhone owners be able to log onto iTunes in Starbucks stores for free and it seems that Microsoft is now trying to mirror the offer. Together with the in-store service provider for McDonald’s, the company has announced that Zune customers will be able to access wireless music downloads at more than 9,800 McDonald’s restaurants.

While this is good news for Zune users, the Apple announced its deal with Starbucks in September 2007. We can’t understand how it has taken a full year for Microsoft to get its ducks in a line. There’s also the fact that a deal with a coffee joint is kinda nice, a deal with McDonald’s is just seems kind of … greasy.

It’s also bound to restart the will they/won’t they talk about free WiFi for iPhone users at Starbucks. Ever since AT&T took over from T-Mobile as the provider for the in-store WiFi at Starbucks branches, Barnes and Noble stores and numerous other hotspots in airports and hotels around the country, there has been several announcements about free WiFi for iPhone users.

AT&T has released details of the offer by accident a few times and each time retracted it within hours. As you can imagine, users have gotten all hot and bothered each time only to have their hopes crushed at the last second.