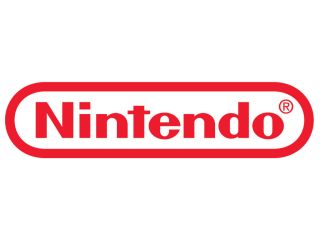 Welcome to our live blog. If you've just joined us, read from bottom to top to get caught up.

10:18 - That's it for Nintendo. Stay tuned for Sony's keynote at noon, we'll be live blogging that too.

10:12 - Reggie is back on stage to summarize with 3DS trailer. Show models hit the floor with 3DS units tethered to their bodies to show off the 3D-ness.

10:07 - Nintendo believes that 3DS will have the best launch support ever from third parties.

10:05 - Iwata is talking about intercommunication between 3DS units. It can all happen in the background without your action. The 3DS can download DLC while it's not in use. Nintendo will launch a free online service.

10:01 - Showing Project Sora now with a trailer. It's Kid Icarus Uprising for 3DS! Lots of flying sequences.  Reminds me a bit of Panzer Dragoon. Should be great in 3D. But there's also land battle too. Graphics look Wii-worthy, but in portable form.

9:57 - Looks like there's an analog stick too, called slide pad. Touch screen only on bottom. 3D is not touchable. One camera on the inside, two on the outside. Camera outside can take 3D photos!

9:55 - It's a smoke machine reveal for the 3DS. It's black and blue. Satoru Iwata is on stage to demonstrate. DS sized screen on bottom, wider screen on top. 3.5" wide on top.

9:53 - Reggie isn't saying nice things about 3D glasses for the new 3D TV sets. "We think there's a better way, a solution to take 3D with you." No glasses.

9:47 - Now Metroid Other M is being shown. Slick stuff from Team Ninja. It'll be ready for August 31.

9:41 - Kirby is making a comeback. Kirby's Epic Yarn. Kirby and the game's characters look like they're made from yarn. And Kirby can transform into cars, tanks as well as ride a surfboard and flying saucer. Coming this fall.

9:39 - Classic Mickey looks presented in black and white and in a 2D side scrolling manner. Very cool.

9:37 - Mickey showing running around with paint and thinner. Spector is talking about open choices and different ways to approach problems in the game. Very much in his style to design a game with various options.

9:34 - Epic Mickey game trailer, also exclusive to Wii. Warren Spector is hitting the stage to show off the game. He wants to make Mickey Mouse a new video game hero.

9:33 - Reggie says that there are people out there today who aren't old enough to remember the impact of GoldenEye. For me, it was just yesterday. Ouch, I feel old.

9:30 - New Golden Sun for DS! Called Dark Dawn. The 3D effects for this one look pretty good for the system. Arrives this holiday season.

9:27 - Showing off a new Just Dance 2 with 40 new tracks. Seems that dancing is the new rhythm game genre after we saw what was coming up for Kinect.

9:26 - Another new game called Wii Party. It's a party game with 13 different modes. Board game island, Balance boat, all new house party games. Seems like a little like Mario Party but with Mii characters. Coming this holiday.

9:20 - Reggie is back and talking about sports franchises, like MLB, NBA Jam and PES. Now he's introducing a new Mario sports game. There's volleyball, hockey, dodgeball, basketball. It's called Mario Sports Mix and it's coming in 2011. All the Mario Party characters are here.

9:16 - New beetle item shown. Link shoots out beetle and you can fly it around using the Wiimote. It can fly around and pick up items for you.

9:15 - Uh oh, there's some interference going on between the Wiimote and the Wii. The controls aren't working so well. Presenters blame wireless internet.

9:12 - Now is a demo of the slingshot. Rather than pointing the Wiimote at the screen, Miyamoto demonstrated that the controller can be help and aimed like a real slingshot. A demonstration of throwing bombs seemed a little less accurate however, taking a few tosses before the system recognized that the player wanted to release the bomb.

9:10 - Stay tuned for pictures, we'll be uploading them shortly.

9:06 - On screen demo of the new Zelda. Miyamoto is here to show how realistic motions translate to gameplay. The Wii Motion Plus certainly helps make waggle less random and frantic, but we wonder if there's a way to play this with a controller.

9:04 - New Zelda: Skyward Sword trailer! Miyamoto is here in person! Sword and shield to become analogs to Wiimote and Nunchuk. Wii Motion Plus seems to be a requirement.

9:01 - It's starting with Reggie Fils-Aime. He says that it's the best week of the year for gamers.