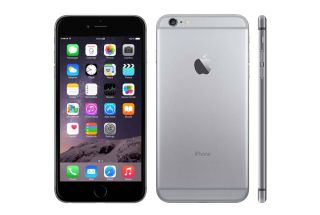 If your iPhone 6 Plus suffers from a flickering screen that's become unresponsive to your touch, Apple has a fix for you. But it'll cost you $149.

Apple today (Nov. 17) launched a repair program for iPhone 6 Plus models that have flickering displays or problems registering multi-touch inputs. If your phone is otherwise in working order without a cracked or broken screen, Apple says it will repair affect iPhone 6 Pluses for $149.

The problem with flickering screens has been a source of internet speculation for some time now. Back in August, iFixit reported that it was seeing a rise in the number of iPhone 6 and 6 Plus devices suffering from a gray flicker at the top of the display and an unresponsive tuouchscreen.

At the time, iFixit blamed what it called the "Touch Disease" problem on pair of touchscreen controller chips found on the logic board of the iPhone 6 and 6 Plus. As you may recall, those models were prone to bending, and iPhone repair specialists suggested that the added stress on the logic board was causing problems with the affected sensors.

Apple, it seems, does not entirely agree with that diagnosis. In its notice announcing the Multi-Touch repair program, the company said the iPhone 6 Plus might exhibit these problems "after being dropped multiple times on a hard surface and then incurring further stress on the device." In other words, Apple thinks wear-and-tear is the culprit and not a design flaw, which is probably why you'll have to pay that $149 repair cost.

The repair program only covers the iPhone 6 Plus, though some users have reported problems with the smaller iPhone 6 as well. (In its August report on the problem, iFixit said the problem occured more frequently in Plus models, since it was more prone to bending.)

If you already paid to have your iPhone 6 Plus fixed, Apple says it will reimburse you for any costs you incurred above $149. Apple says affected iPhone 6 Plus owners should contact an authorized Apple service provider or go to the Apple Store for the repair.

Three iPhone owners filed a class-action suit against Apple over their phone's touchscreens in August.