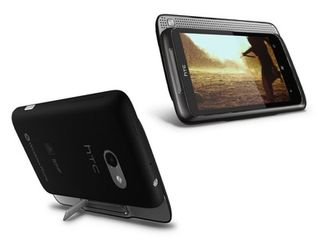 Back in September Verizon revealed that it wouldn’t be getting any Windows Phone 7 devices at all until the start of 2011. Though the reason we wouldn’t be seeing any Verizon handsets until next year was initially not known, it later emerged that Microsoft had elected to produce GSM-only WP7 devices until 2011.

"We had to make some trade-offs," product manager Greg Sullivan said in an interview with CNet at the time. "Even Microsoft doesn't have unlimited resources. We had to prioritize doing fewer things, really, really well."

Sullivan went on to say that users could expect Verizon handsets in the first half of next year, describing his estimate as a conservative one.

“For the worldwide market, the vast majority of phones are GSM phones, so we focused on GSM first and then plan to deliver an update that will have great CDMA support in the first half of 2011," Sullivan said. "That's device availability in the first half and we're very confident of that. That's probably a conservative estimate.

Very conservative indeed, it seems. This past weekend a tweet from the Redmond camp confirmed that the network would be getting WP7 devices in time for the holidays. In response to a user’s impatient tweet about a lack of CDMA devices, Microsoft had this to say:

The Tweet has since been pulled, but Microsoft hasn’t offered any explanation or correction, so here’s hoping it’s still on track for the holidays.