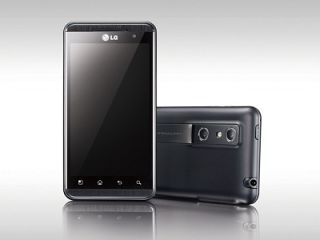 HTC and Sprint held a lengthy press conference at CTIA 2011 earlier today, and the EVO 3D smartphone was one of two new products announced. Building off the success of the original HTC EVO and its smaller brother, the EVO Shift, this new touchscreen device has some serious firepower. The WiMAX-equipped EVO 3D packs a dual-core 1.2 GHz Snapdragon processor from Qualcomm, a 4.3-inch, 960x540 resolution qHD display, 1 GB of RAM, 4 GB of storage (with a microSD that supports 32 GB cards), and HDMI out. The device can both capture and play 1080p video, and it's all wrapped up in Android 2.3 (Gingerbread).

The marquee feature here are the dual 5 megapixel cameras on the back that allow for 3D images and video to be captured/recorded. The 3D video is "limited" to 720p, but it should still look pretty spectacular. The 3D images and video are displayed on the screen, glasses free, thanks to a parallax barrier (similar to the Nintendo 3DS). There's also a 1.3 megapixel sensor on the front for video chat.