Tom's Guide is supported by its audience. When you purchase through links on our site, we may earn an affiliate commission. Here’s why you can trust us. 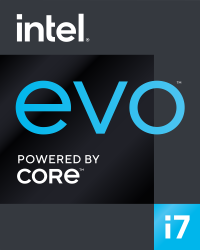 Thunderbolt 4 is here, and if the hype is to be believed, the new connection will significantly improve how users are able to make use of their peripheral accessories and devices. But just how good is Thunderbolt 4 compared to its predecessor, Thunderbolt 3? Is it worth opting for devices that feature the new port?

We think it is — for three key reasons. Here’s a look at what they are, and why we ultimately believe Thunderbolt 4 is worth the investment.

The first key advantage of Thunderbolt 4 is that unlike Thunderbolt 3, it works with docking stations that have four Thunderbolt ports of their own. Having that many Thunderbolt ports is incredibly useful for hooking up tons of powerful, reliable peripherals, which in turn will help users stay as productive as possible during the workday.

The second advantage of Thunderbolt 4 is that it supports hooking up dual 4K displays or a single 8K display. Compared to Thunderbolt 3, which could only handle a single 4K display, this gives users tons of flexibility when connecting their laptops to multi-monitor setups. This will be especially useful for people who work a lot with visual media, as being able to use several 4K displays (or one jaw-dropping 8K one) allows them to inspect every detail in their work.

The third advantage of Thunderbolt 4 over its predecessor is that it supports use with cables up to 2 meters long. Thunderbolt 3 cables were only half that length, which tended to be annoying when trying to set workstations. This improvement means that you’ll be able to hook up your peripherals without needing to worry about connection distance at all.

Which Thunderbolt 4 device should you get?

While it’s true that Thunderbolt 4 is very new, there are already several laptops out there that have it. Among them, we think the best options are devices from the HP Intel Evo lineup. This includes the HP Envy x360 and the HP Spectre x360. Both laptops are powered by cutting-edge 11th Gen Intel processors, Intel Xe graphics and lots of memory and storage. They both also have excellent battery life and support for Wi-Fi 6, which is fantastic.

The difference between the two mainly comes down to specs. The HP Envy x360 is the more budget-friendly and mainstream of the two, offering great performance in a more affordable package. If you’re looking for something that can crush basic productivity, this is the laptop for you.

The HP Spectre x360 is more of a premium device that’s better suited for heavier workloads or for people who want a convertible laptop. It’s got better top specs compared to the Envy, and it also comes with options for things like 4K displays and support for touch. It also costs more as a result, but the cost is more than worth it if you can take advantage of the benefits.

The HP Envy x360 is your best bet if you’re looking for a great balance between price and performance. It’s capable, affordable, and features a sleek, attractive design.

The HP Spectre x360 is the definition of high quality. It delivers even stronger performance than the HP Envy x360 and features an even more attractive and premium chassis, all while still remaining fairly affordable. It comes in 13-inch and 14-inch variants.