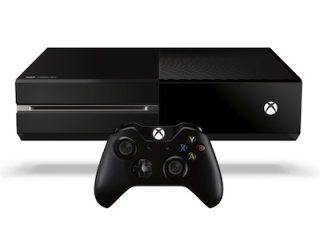 Xbox One and Windows 8 may support cross-platform multiplayer gaming, according to a few hints dropped by a Microsoft representative. If you own a game for Xbox One, and your friend owns the same title for the PC, this would allow you to play together.

If you play online multiplayer games, you know the drill. A hot new title comes out, and you have two options: Get into a shouting match with your friends over whether to buy it for Xbox 360, PlayStation 3 or PC, or spend the next year playing with a bunch of strangers.

Versions of the same game for different platforms are usually not compatible with one another, due to architectural differences in the coding. The online protocols and programming quirks for an Xbox One are different from those of a PS4, PC or Wii U.

While speaking with Australian gaming website Ausgamers, Phil Spencer, corporate vice president at Microsoft Games Studios, dropped a few hints. Because games for Xbox One and Windows 8 have very similar architectures, he suggested, cross-platform multiplayer games might be a possibility.

Cross-platform play is hardly unheard-of in Microsoft products, although it's currently the exception rather than the rule. "Shadowrun," a 2007 first-person shooter based on the pencil-and-paper roleplaying game of the same name, allowed PC and Xbox 360 users to play together.

"Halo: Spartan Assault," available for Windows Phone and Windows 8, ties into your Microsoft account. If you complete certain objectives in the game, you'll unlock skins and emblems in "Halo 4" for the Xbox 360.

Even Microsoft competitors Sony and Valve have toyed around with cross-platform play. When first-person action puzzler "Portal 2" came out, the two companies worked together to ensure that PS3 and PC gamers could collaborate on the game's cooperative campaign.

"This connected ecosystem across all the different devices is definitely where I think the future of gaming is going," Spencer told Ausgamers. "You don't have to do it as a developer, but you have the capability."

To be clear, Spencer did not confirm cross-play functionality between the Xbox One and Windows 8, but the idea is hardly unreasonable and, indeed, already in practice on a number of Microsoft titles.

Cross-platform play offers a number of advantages. The most obvious way cross-platform play benefits gamers is by giving them the capability to play with friends who own games for different systems. If you use an Xbox One, and your friend is a PC die-hard whose mouse and keyboard could only be pried from his cold, dead hands, neither one of you would need to pony up the dough for a whole new system.

Cross-platform play also increases the overall pool of available players, which could give online games longer shelf lives. As multiplayer games age, their populations dwindle, and servers eventually get shut down.

If Xbox One and Windows 8 gamers play together, they'll be able to support their favorite games for longer periods of time. Developers may even continue creating new content for these long-lived titles.

There are few, if any, real disadvantages to cross-platform play from a consumer perspective, although it does make things somewhat more difficult for developers.

In extreme cases, cross-platform multiplayer gaming could drive multiplayer budgets up, meaning that players will get less content up front and more in the form of downloadable content released after the initial game. In effect, developers trade a fine-tuned multiplayer map or two for cross-play functionality, and pass the cost for more maps on to you.

Even if the Xbox One and Windows 8 do eventually achieve across-the-board cross-platform play, there's no indication that it will launch alongside the Xbox One in November.

In the meantime, feel free to argue with your friends over which platform will run "Assassin's Creed IV: Black Flag" and "Call of Duty: Ghosts" the best.