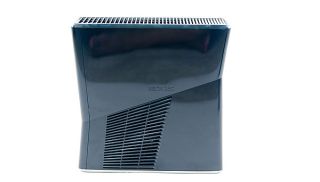 Although piracy on consoles isn't as much of a problem as it is on the PC, it still happens. For the Xbox 360, all that it takes for one to be able to run a "backup" is a flashed DVD-ROM drive firmware. Some drives are easier/harder to flash than others, but it can be done.

It seems that even in the new Xbox 360 S, the drive is still susceptible to the same flashing vulnerability that'll allow for backups to be booted by the machine.

The team behind the original Xbox 360 flash, Team Xecuter has been working closely with other mod teams Team Jungle and C4E to come up with a flash solution. They've published this video as proof, but said that there's still much work to be done before it's ready for release.

Mind you, Microsoft has been ever on guard against these exploits and are more vigilant than ever in its bans.