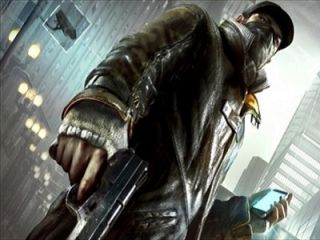 Ubisoft's futuristic open world game "Watch Dogs" has been one of the most talked about games of the year, but gamers will have to wait a bit longer for it. Though the action title was slated for a fall release, the publisher has pushed "Watch Dogs" back to Spring 2014.

According to Ubisoft's blog post, the delay is meant to ensure the quality of the game, which is set to release for Xbox 360, Playstation 3, PC, Wii U and the next-generation Xbox One and Playstation 4 consoles.

"Our ambition from the start with 'Watch Dogs' has been to deliver something that embodies what we wanted to see in the next-generation of gaming," said Ubisoft in the post.

First unveiled at E3 2012, "Watch Dogs" is a high-tech sandbox game set in Chicago. Players take control of protagonist Aiden Pearce, who can hack into the world around him using a variety of advanced gadgets. The fictional plot hits close to home (with the steady flow of NSA and other privacy revelations) by focusing on an ever-connected world where no one's information is safe.

We got a more recent look at "Watch Dogs" during a New York Comic Con preview, which showed Pearce use his smartphone to take control of ATMs, security cams and even traffic lights. The demo also showed off various gameplay elements of "Watch Dogs," as Pearce used a healthy mix of technology, weapons and good old hand-to-hand combat to complete his mission.

"Watch Dogs" was not playable at NYCC 2013, which was a possible hint that the game wasn't ready for consumers just yet.

"Watch Dogs" isn't the only Ubisoft title getting pushed back, as racing game "The Crew" will also have to wait until 2014. It remains to be seen whether Ubisoft is having internal issues, or if the "Assassin's Creed" publisher simply wants to make the most out of gaming's newest hardware.