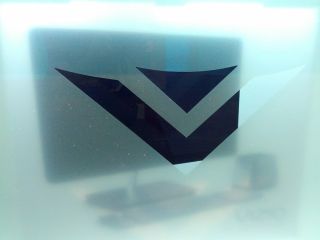 We are all familiar with the electronics brand Vizio, which shouldn't be surprising considering iSuppi's numbers place it as the top LCD HDTV seller in the United States. Getting shelf space in places such as Costco and Walmart helped Vizio promote its brand and products to the mainstream consumer.

Vizio was founded in 2002, when William Wang mortgaged his house to start the company. He thought that he could carve out a piece of the television set business even with some very deeply entrenched and much bigger companies already ruling the space.

"I believed that people deserved something better and don't have to pay thousands of dollars for a Pioneer or Sony," he told us at a New York City media event.

With that sort of attitude having succeeded for him in the HDTV business (he claims Vizio has 20 percent of the market right now and 40 million customers), he's now turning his company's attention to another market.

"What's next? Consumers need a better PC with better value and better design. They don't need another PC manufacturer giving them a bunch of junk that competes on price only," Wang proclaimed. They certainly don't need a PC manufacturer that doesn't know what it wants to be. And that is the reason why I'm here today."

Vizio this week gave us a sneak peek at its line of laptops and all-in-one PCs that will mark its entry into the computer manufacturing business. Read on to find out more.