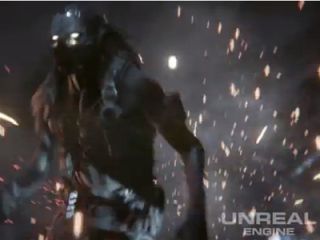 The introduction of new development tools in video games is always fascinating, as it gives would-be game designers possibilities to create something fantastic and new. And it shows gamers what future experiences may be like. Epic Games recently released a new video showing off the amazing things that would-be developers can do with Unreal Engine 4 — the next version of the software that powers many games.

Tim Elek and Zak Parrish host the video, explaining the various examples that are presented. These include the small particle effects that come from soldiers firing their guns, as well as chunks of granite that come flying out of the ground when bullets strike them. (An earlier demonstration of the new engine also features incredible lighting effects in a dungeon, with a fiery demon walking through hallways.)

The demonstration footage is then put together in a brief trailer piece, showing off how the final product looks. You can see it for yourself below.

It won't be long before we start seeing what developers can do with the Unreal Engine with the next generation of games on Xbox One and PlayStation 4.