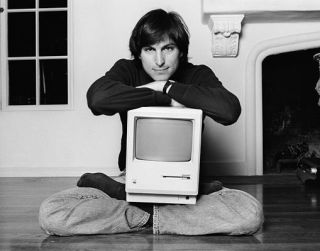 Tom's Hardware and The Legacy Of Critical Thinking

I’m writing you a letter because, I think, for a lot of us, the topic of Apple products and Steve Jobs himself is somewhat personal. I feel lucky that I can say this on the Tom’s family of sites in particular, because our readers are such a diverse group of tech-lovers. Honestly, I’ve never been so impressed with our readers.

Just check this out:

Tom’s Hardware is a venerable site with a legacy of readership that has taken very seriously the role of the PC enthusiast and system builder in our society; a readership that wants people to understand the empowerment and satisfaction that comes from controlling as many aspects of a machine’s hardware and software as possible. At times that readership has been one of the loudest voices of criticism lobbed towards Apple and Jobs. Sometimes it feels like an angry mob. Sometimes it feels like a hyper-intellectual beehive of subtle industry analysts. At its best, when you put our readership together, you get a think tank.

At worst, you get loathsome hate. Just look a little deeper into the comments section, and you'll see this:

Tom’s Guide approaches the empowerment and satisfaction of technology from a different angle, of course, and so it has frustrated me occasionally to read the vitriol that Tom’s Hardware readers have left in forums and comments. This article is a shining example. And, yeah, it frustrates me to no end when some of you accuse us of us being paid by Apple to write favorably about its products (for the thousandth time: Apple hardly knows we exist and doesn't have to pay anyone to write favorably about its products)--but I know you don't really mean it.

One of the ways many of you disagreed with Jobs the most was a matter of simple corporate, capitalist philosophy. Jobs believed: "It isn't the consumer's job to know what they want." In so many ways, he was right. Most people love technology but aren't equipped to articulate what they want it to be like. But many of you are. And when Jobs' acted like you didn't have the brains to know better, it pissed you off. But you were in the minority.

While the debate often got nasty (and will probably continue to rage passionately into the future—at least, I hope so!), I woke up this morning and realized something: Steve Jobs thrived on criticism. He needed the debates and analysis and yes—even the anger and frustration—that could be found on our sites and sites like ours. Many vocal tech consumers fawned all over Jobs and his products. They weren’t wrong to do so, but they didn’t  necessarily contribute as much towards Apple’s product development direction as the critics probably did. Jobs’ didn’t say it, but I will: Where would Steve Jobs be without those critics? How far would he, and Apple, have come? Everyone—including (and especially) great thinkers and visionaries—needs critics, and I’m proud that Tom’s Hardware was part of that legacy in the history of personal computing. May it continue to be so.

There’s a lot on the Web today about Jobs and the impact he made on millions of lives. If reading that sort of tribute is not your kind of thing, bypass it. But at Tom’s Guide, we decided to filter some of that reverie for you, and show you what’s meaningful and interesting to us, as journalists (and tech-loving human beings) who have watched the company closely for many years. As I said earlier, the subject of Apple—no matter how you feel about the company or Jobs himself—has become very personal. The following pages showcase what we personally find most compelling about Apple, Jobs, and the way the world has erupted with reflection at this moment of his loss.

Current page: For The Apple Lovers and Critics: How We Remember Steve

Next Page Your Steve Jobs Syllabus: The Cult of Personality