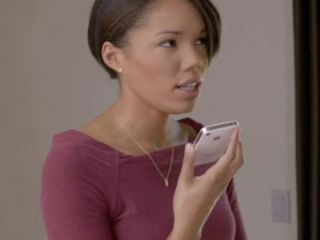 If I had an iPhone 4S with me for the last 12 hours, my day would’ve gone something like this:

5am: I arrive at the AT&T store—I’m fourth in line.

7am: “Siri, remind me to start writing my iPhone 4S review when I get to the office.” Actually, I can start writing it now—I’ll just dictate to Siri: “If I had an iPhone numeral 4 S with me for the last numeral twelve hours comma my day would have gone something like this colon”

9am: I’ve got my 4S, and I’m back at the office. Siri reminds me to get to work on my article.

Siri wouldn’t have changed my day by much, but she would’ve made it a bit more convenient. That, in essence, summarizes my opinion of the iPhone 4S. Siri, combined with the Reminders app and Geofence feature in iOS, changes the experience of using an iPhone enough to make an iPhone newcomer (or iPhone 3GS upgrader) choose the iPhone 4S over the iPhone 4. It may even win some converts from Android, which doesn’t yet have a built-in or purchasable app with the same features available. It is highly unlikely that many people who own an iPhone 4 (people who are not eligible to pay the $199 “discounted” upgrade rate since they bought the iPhone 4 fewer than the required 18 months ago) will be willing to pay the unsubsidized rate for the privilege of owing an iPhone 4S.

Next Page Using Siri with Reminders and Geofences