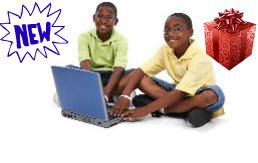 Many high schools and universities require their students to use graphing calculators and the TI-Nspire from Texas Instruments was developed to cover all the possible practical applications that a student may encounter. With an interchangeable keypad that allows students to use the original TI-Nspire keypad or the included TI-84 keypad, the uses for this well-developed calculator instantly double. The calculator comes well-packaged, with everything needed to get started (including a very basic user’s guide). However, due to the complexity and endless possibilities for graphing, calculating, and preparation for the SAT, AP, PSAT, and ACT tests, it would be best used alongside a comprehensive guide. In fact, we tested it with "TI-Nspire for Dummies."

At first, the TI-Nspire was a bit overwhelming. The buttons were well-labeled, but getting used to where each is located took some time. However, the ability to access each task via the simple arrow buttons helped with on-screen navigation. Also, the initial learning curve was well worth the time it took to get familiar with this gadget. The TI-Nspire comes with a whopping 20 MB of memory, the most of any graphing calculator in the Texas Instruments line, and lets students save, edit, and review files. The spreadsheet development feature allows for detailed documentation of most any data field, and the included USB cable makes sharing or backing up data possible between calculators, to a computer, or even on a handheld device.

Did we mention that the geeky gadget also shows off a cool factor? GraphiTI online customizable decals let teens personalize their slide cases with just the right colors, designs, photos and more.

Whether you are a student looking to stay on top of your advanced math studies by saving formulas and graphs for later or you are a teacher hoping to get connected with students for an entire season of hands-on higher learning, the TI-Nspire covers all the bases.

Current page: Back To School With Kid-Friendly Tech