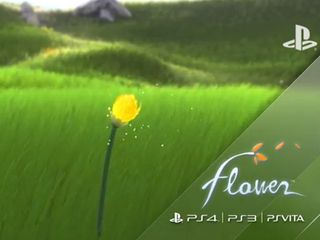 Sony is bulking up its launch line-up for the PlayStation 4, and this week it added four popular PlayStation 3 games, some of which will include tweaks for the new system.

Two of thatgamecompany's premiere releases, "flOW" and "Flower," will lead the charge. Both will have visual enhancements over their previous releases. In addition, "Flower" will also make its way to the PS Vita, arriving at the same time as its PlayStation 4 counterpart.

In addition, two other PlayStation Store favorites will make their way to the PlayStation 4. "Sound Shapes" brings savvy rhythmic tunes from artists such as Beck and others and creates stimulating visual stages based around them, while "Escape Plan" will make its way to a game console for the first time, following its success on the PS Vita. Both will take advantage of the PlayStation 4's control scheme, including its centered TouchPad.

People who previously bought and downloaded these games for prior platforms will be able to re-download them on the new console for no charge. Otherwise, they're expected to go for $9.99 apiece.